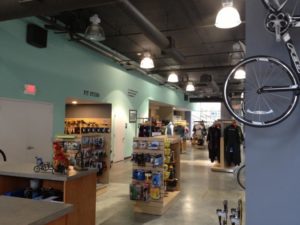 A store specializing in outfitting those who compete in triathlons has closed its doors in East Falls Church.

Tri360 opened at 2121 N. Westmoreland Street, just off of the W&OD Trail, in 2012. It sold athletic apparel, accessories and shoes — everything a triathlete needs to swim, cycle and run — and also had a “full service” bike shop.

Tri360 earned positive reviews on Yelp. A poster on an online forum for triathletes said the owners of the store simply grew weary of putting in the long hours required to manage it.

“They were doing fine business-wise but the couple who owned it found that managing the store, etc. was overwhelming in addition other responsibilities,” she said.

Hat tip to Carol B.