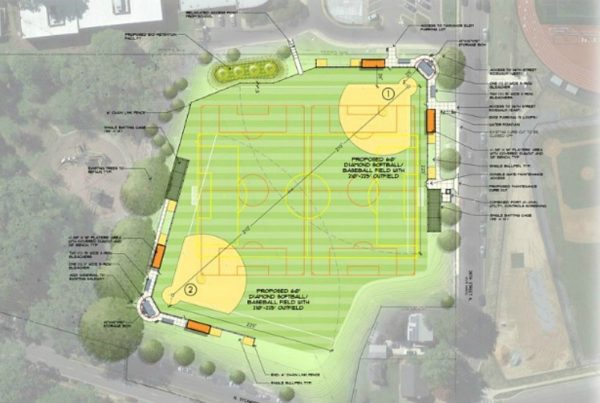 Major renovations are coming to the ballfields at Tuckahoe Park.

At its meeting this Saturday, the Arlington County Board is expected to award a $1 million construction contract to Bennett Group of Washington, D.C. for renovations and improvements at the park.

Much of the project’s construction will be focused on a new irrigation and drainage system and new sod.

Other additions to the park in the plans include picnic tables, a portable toilet enclosure, storage, landscaping and a new scoreboard. The scoreboard will be shared between the county and Bishop O’Connell High School, which is contributing $18,000 to its purchase

The plans would also make the park and its fields more accessible per Americans with Disabilities Act regulations.

According to a county website dedicated to the project, construction on the park is scheduled to be finished by the end of 2016.

If approved, the contract will authorize $1.06 million for construction. That includes nearly $100,000 as a contingency. The total estimated cost of the project, with design and soft costs factored in, is $1.25 million.