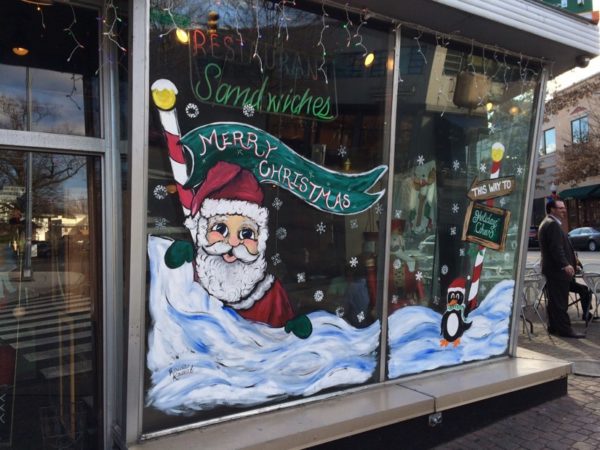 Senator Pays Tribute to Arlington Dad Who Died in China — Sen. Orrin Hatch (R-Utah) yesterday paid tribute on the Senate floor to an Arlington resident who died suddenly while on a business trip to China. Nathan Graham died of a “random infection,” Hatch said. He was 37 and a father of four. A former Senate staffer, Graham was born and raised in Utah and was a volunteer bishop in the Crystal City LDS church. Friends are raising money to help support Graham’s family. [Sen. Orrin Hatch, Facebook]

Support for Theater Troupe Blasted By Senator — Sen. James Lankford (R-Oklahoma) cited Crystal City physical theater company Synetic as an example of federal waste this month. Why? Because the National Endowment of the Arts has given the troupe a total of $61,000 since 2000 to, as Lankford characterized it, cut the English language out of Shakespeare productions. A local letter to the editor writer, meanwhile, says that a better example of federal waste is the fact that Oklahoma receives approximately $1.31 from the feds for every dollar it pays in taxes. [Washington Post]

Constitutional Officers Sworn In — Arlington’s five incumbent constitutional officers were all reelected by voters last month. The reelected county sheriff, clerk of the Circuit Court, treasurer, commissioner of the revenue and commonwealth’s attorney all took the oath of office yesterday, the first time all five positions were sworn in together since 2007. [InsideNova]

More Traffic Cameras, Higher Fines in D.C. — For those who drive to the District, get ready for more speed and red light cameras, lower speed limits and higher fines over the next two years. The traffic enforcement measures are part of Mayor Muriel Bowser’s “Vision Zero” plan for reducing loss of life from accidents on D.C. streets. [Washington Post]