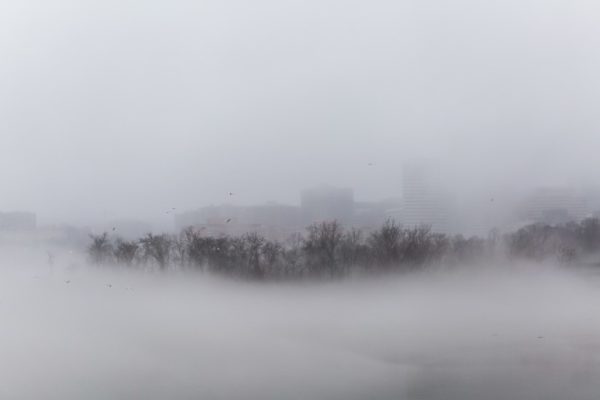 Family: We’re Being Evicted Because Our Disabled Son Is Too Loud — A family of a disabled boy says they’re being evicted from the Oakland Apartments on Columbia Pike because the 10-year-old boy makes too much noise. Local tenant advocates Bravo and Bu-Gata have taken up the cause of the Diaz family and held a press conference yesterday. [Washington Post, NBC Washington]

Arlington County Ready for Winter Weather — While there’s been little evidence of winter so far, given the procession of record warm temperatures, Arlington County says it’s ready to do battle with snow and ice when the time comes. The county says it has reviewed its operations, reinforced its training and acquired an additional 1,200 tons of salt compared to last year. [Arlington County]

View of Rosslyn Skyline in 1964 — The Key Bridge looked pretty much the same, but downtown Rosslyn looked a lot different in 1964. A historical photo shows only a handful of mid-rise office buildings and at least one of the River Place co-op buildings — but none of the towering buildings that characterize the modern Rosslyn skyline. [Twitter]