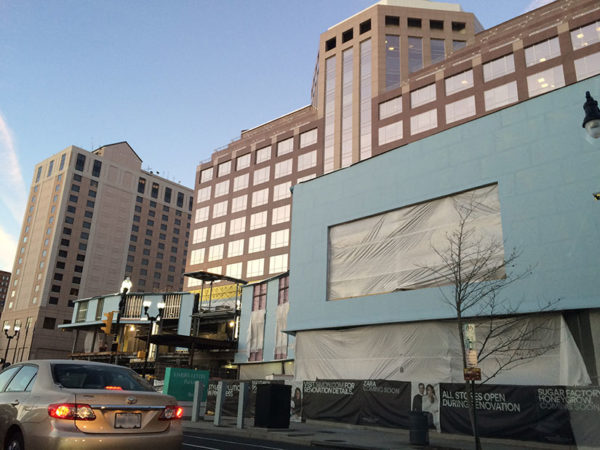 Design of New Wilson School Lauded — “The new Wilson School might be the fanciest public school building in the nation.” So says the influential urbanist news website Citylab, of the design of the future home of the H-B Woodlawn Secondary Program. The fan-like design comes from a team of two architecture firms, including the Bjarke Ingels Group, which is noted for its experimental designs. The total project cost is estimated at $86-94 million. [Citylab]

APS Seeks to Squeeze More Capacity Out of Existing Schools — Facing a continued capacity crunch, Arlington Public Schools is seeking to find additional room for students in its middle and high schools. APS thinks it can squeeze another 600+ students total in its three high schools and another 150 students at middle schools, by finding additional usable space in the existing buildings. Growth in school enrollment, meanwhile, is slowing down but is not expected to stop. [InsideNova, InsideNova]