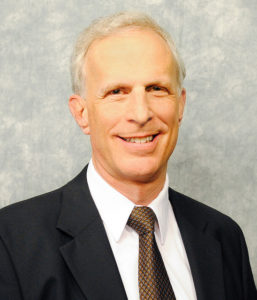 Schwartz was elevated to the temporary post after the retirement of former County Manager Barbara Donnellan. An Arlington resident since 1985, Schwartz previously was Arlington’s Director of Management and Finance and Chief Financial Officer before serving as Deputy County Manager under Donnellan.

The County Manager serves as the top executive in Arlington County government, managing the day-to-day operations of county government and its $943 million budget. The manager is appointed by the County Board.

The Board is slated to formally vote to approve Schwartz’s contract at its meeting on Saturday, Jan. 23.

County Board Chair Libby Garvey announced the selection of Schwartz in a memo to county employees shortly after 12:30 p.m. today.

I am pleased to announce that the Arlington County Board has selected Mark Schwartz as County Manager.

Mark is our unanimous choice, and we are very pleased to have him at the helm. He offers deep experience and knowledge of Arlington, but has demonstrated in the past six months an ability to look at things differently and a willingness to make changes. With Mark, we will have a tried-and-true Manager and a consummate professional able to work with this new Board to shape Arlington’s future.

We will be announcing this news to the public very shortly with a press release.

Our organization is filled with talent. Each and every one of you is critical to our success. As you know, Mark has been, and will be, a thoughtful and creative leader. Together, we will do great things and I’m excited!

The press release, after the jump.

“Mark is our unanimous choice, and we are very pleased to have him at the helm,” said Libby Garvey, chair of the Arlington County Board. “He offers deep experience and knowledge of Arlington, but has demonstrated in the past six months an ability to look at things differently and a willingness to make changes. With Mark, we will have a tried-and-true Manager and a consummate professional able to work with this new Board to shape Arlington’s future.”

County Board members made their decision to appoint Schwartz following a national search and input from the public. Among the reasons for Schwartz’s selection, Board members cited his success in driving the organization in a new direction, including:

And successes over the past six months in important areas, including:

“I am tremendously honored to serve this community that I love so much,” said Schwartz. “I look forward to following through with the Board on their key strategic priorities. Arlington is a great community and we can be even better. I am excited that I will be able to continue working with the Board, our talented staff, residents, businesses, and many others in this new role.”

The County Board plans to vote to approve the contract at its Regular Meeting on Saturday, Jan. 23, 2016.

Before joining Arlington County government, Schwartz served 12 years in the U.S. Office of Management and Budget (OMB), Executive Office of the President. He holds a B.A. from Harvard University, and a J.D. from University of Pennsylvania School of Law.

Schwartz has lived in Arlington since 1985, and is a resident of the Ashton Heights neighborhood, where he and his wife Jayme reared two daughters who were educated in Arlington Public Schools. He has been very active in the community, serving with a number of community groups.