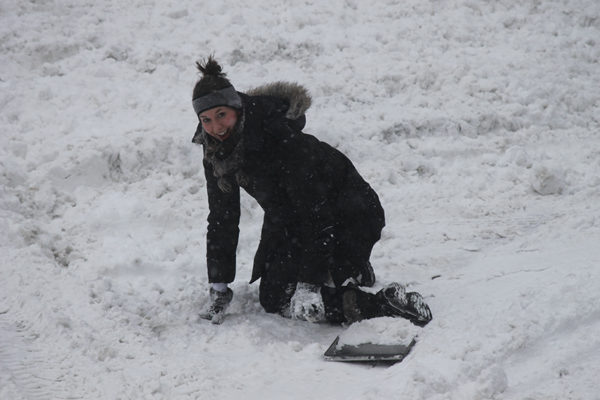 Despite heavy snowfall and gusty winds, lots of locals managed to leave the house and have fun today.

From urban skiing to makeshift luges, here’s how some Arlington residents found a way to play:

#Breaking: A T-Rex spotted clearing snow from hydrant. Have you? #Snowzilla #Blizzard2016 pic.twitter.com/Qt5hUIV88N

Hope that's not a Bikeshare! pic.twitter.com/CJPI80MnTe

Do anything fun today? What do you see out there? We want to hear from you. Tweet at us or send us an e-mail. We will provide live updates as the storm progresses today.