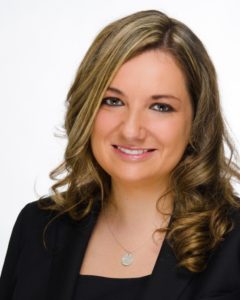 The following op-ed was written by Kate Roche, President and CEO of the Arlington Chamber of Commerce.

In 2014, Arlington had 6 million visitors who spent nearly $3 billion in the County, making Arlington the number one county for economic impact of tourism in Virginia.

This is a substantial boost to our local economy. In just tax dollars alone, tourism revenue generates approximately $81 million in County taxes and $108 million in state taxes per year. Without these revenues, each Arlington household would pay an average of $1,800 each year in taxes to receive the same services.

Tourism also accounts for about 25,000 jobs in Arlington. As the President & CEO of the Chamber, I’ve had the pleasure of working with many in our hospitality industry who work hard every day and reflect positively on our community to those who visit. 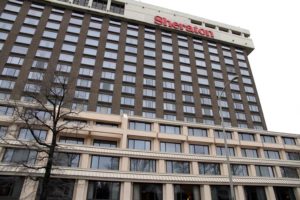 Every year the Chamber hosts our Hospitality Awards which recognizes individuals in the industry who go above and beyond. These awards are not for managers or properties, but for the front-line individuals who make a difference – whether it’s the concierge who takes off his own tie and irons it for a guest who spilled mustard on his, or the parking attendant who rescues a guest during a blizzard. These are the people who make Arlington’s first impression on visitors and keep them coming back to our great county.

While our hospitality industry is thriving, its potential to grow has been significantly limited by budget constraints. As the chart below shows, the Arlington Convention and Visitors Service’s budget pales in comparison to our neighboring jurisdictions’ tourism budgets. While the ACVS staff is effective with the resources available, they are severely financially constrained.

More than twenty years ago, the Chamber successfully lobbied the General Assembly for an additional 0.25% Transient Occupancy Tax (TOT) surcharge on hotel rooms in Arlington with all revenues to fund tourism. The Chamber has an active Hotel General Managers Committee who were, and continue to be, fully supportive of this. Even with this tax, our hotel room tax rates are extremely competitive, particularly compared to DC. This is a surcharge that pays for itself in additional revenue generated.

The TOT surcharge had a three year sunset clause and was renewed consecutively until 2011 when it lapsed. That lapse had nothing to do with tourism, but with the political climate in Virginia and some legislators’ view of Arlington.

The Chamber is working hard to make sure that politics don’t get in the way of what is not only good for Arlington County, but also good for Northern Virginia and the entire Commonwealth. Reinstating the additional TOT has been the Chamber’s top legislative priority this session. We have worked closely with the entire Arlington delegation to the General Assembly on this issue, with Senator Janet Howell introducing SB160 and Delegate Patrick Hope introducing HB 1147. I, along with our Chair Todd Yeatts and a number of Chamber members, have gone down to Richmond several times for these hearings. At this time SB160 has passed the Senate and HB 1147 passed the House of Delegates just last week.

The Arlington Chamber is hopeful this legislation will be signed into law by Governor McAuliffe and is incredibly optimistic about the impact these additional tourism funds will have not only on Arlington business, but the larger community.