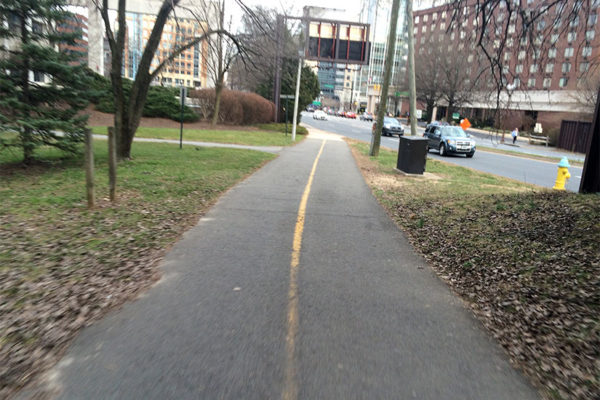 Yesterday, inspired by the Washington City Paper profile of PoPville’s Dan Silverman, who goes on 12-mile walks around the District looking for news, ARLnow.com decided to do all of our reporting and commuting via bike.

(It should be noted that our Borderstan news site — which covers Dupont Circle, Logan Circle, U Street and Columbia Heights — competes for scoops with PoPville.)

Here are the main takeaways from our “car-free diet” experience.

While this was a fun experiment, practicality dictates that we’ll probably have to keep driving for our daily reporting. It would be hard to get to a breaking news scene fast enough via bike. And the car doubles as a mobile workspace.

Feel free to discuss biking or any other topic of local interest in the comments.

Quick reminder this weekend: don’t forget to “spring forward” and set your clocks ahead an hour when you go to sleep Saturday night. Daylight Saving Time is finally here.