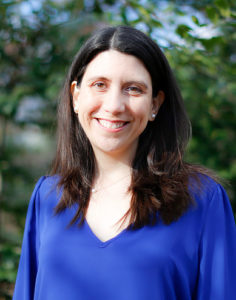 Courtney Hill, the former campaign manager of Arlington School Board candidate Tannia Talento, is planning legal fight after she said Talento didn’t pay her what was owed in her contract.

Hill is a community activist who serves on Arlington’s Commission on the Status of Women and on the steering committee of the Arlington County Democratic Committee. A single mother of two, Hill says she’s being evicted from her home after Talento refused to pay her. She is suing Talento, who refutes the allegations.

“At the onset of my campaign, Ms. Hill was employed as my campaign manager,” Talento told ARLnow.com, in a statement. “Shortly after we began our work together, I realized we had different expectations for the direction of the campaign. Her employment was eventually terminated and unfortunately we had a contractual disagreement which will be settled judiciously in our court system.”

The two parties are scheduled for a hearing in Arlington General District Court on April 11. The eviction proceedings against Hill were filed Feb. 16. It’s the second case against Hill filed by an Arlington landlord in three years, according to court records.

“Because of this unfortunate breach of contract and disheartening chain of events, I am now facing an eviction and will have to uproot my daughter who’s in middle school,” Hill wrote. “The past few years have been very difficult for my family, and I cannot imagine having to upend/end all of the things I’ve worked so hard for. This is not right and should not be supported by anyone who purports they are advocates for women, children, families and minorities.”

Hill said she worked as Talento’s campaign manager from Dec. 1 to Jan. 31. She said Talento “attempted to bully” her into changing the terms of her contract, but she refused due to provisions that would have prevented her from working on other campaigns and would have imposed a confidentiality agreement. Talento then refused to pay her full contract, according to Hill.

“Working on campaigns is what I do and how I pay my bills,” she said. “How dare she threaten and try to dismantle my livelihood?”

Hill, who is black, also accused Talento of an “unwillingness to meet with black leaders,” saying she was “constantly questioning the black community’s concerns/issues in regards to equal and quality education.” She further accused Talento of “having [a] very poor work ethic” and not doing “much of the leg work required to run an effective campaign.”

“I am running for the Arlington School Board, because I firmly believe in advocating for quality education and the success of every student in Arlington Public Schools,” countered Talento, who is the daughter of Guatemalan immigrants. “It is important that we ensure equitable education for every child regardless of socioeconomic status, race, religion or gender. My vision will ensure a continued focus on the Whole Child and will make strides in closing the achievement gap. Therefore it is unfortunate that Ms. Hill is undertaking this present course of action.”

Talento has picked up the endorsement of a number of current and former elected officials, including Del. Alfonso Lopez, former County Board member Mary Hynes and retiring School Board Chair Emma Violand Sanchez.

“Tannia has demonstrated integrity and passion for advocating all students in Arlington,” Sanchez said in a statement today. “I firmly believe she is one of the most ethical leaders that I know, and she will be an exceptional School Board Member. I am disappointed that these false allegations are being spread to discredit a highly qualified School Board candidate.”

Said Talento: “Some of the allegations that Courtney has made are very hurtful not just to me, but also to my family. However, I will remain focused on the issues at hand and will continue my work to promote a school system which benefits every student in Arlington Public Schools. I am happy and willing to meet with any members of the community to discuss school issues and any other concerns they may have.”

Hill said she knows she’s risking repercussions from her fellow Democrats by telling her story.

“A person of this character does not deserve to be running and/or serving on a school board,” Hill said. “Any woman or mother who leaves another woman/mother high and dry should not be representing anyone in any official public service capacity.”

This is not the only legal battle being faced by Talento’s family. Her husband, Gary Lax, is currently a defendant in a high-profile lawsuit in Atlantic City, New Jersey. Lax, a finance attorney, is also countersuing the city.

Talento is facing off with three other candidates — incumbent Nancy Van Doren, Michael Shea and Chaz D. Crismon — for the Democratic School Board endorsement. A party caucus is scheduled for May 19 and 21. Two School Board seats are up for election this year.