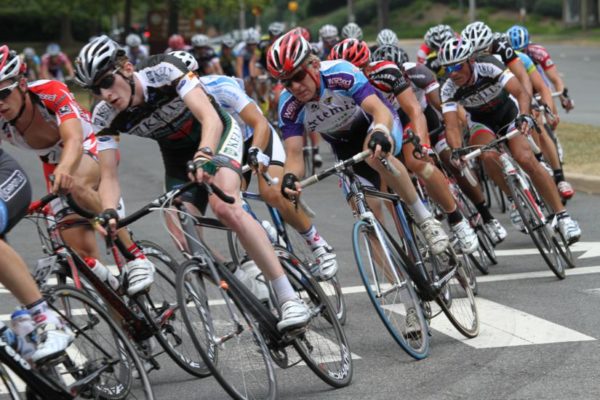 The two day Air Force Association Cycling Classic, sponsored by Boeing, is returning to Arlington for its 19th year next month.

The races will take place around Clarendon on Saturday, June 11 — busy streets like Wilson Blvd will be closed to traffic around the race circuit — and around Crystal City, the Pentagon and the Air Force Memorial on Sunday, June 12.

More details from a press release:

Kids Race: The Ethan Klancnik Memorial Kids Race supports Tay-Sachs Awareness and Prevention, and will take place in Clarendon on Saturday, June 11 and in Crystal City on Sunday, June 12.

Air Force Association Cycling Classic’s Clarendon Cup: This professional race showcases a form of cycling involving a series of high-speed bike races that take place on a 1km course on city streets. As part of the prestigious USA Cycling Professional Road Tour, the Clarendon Cup is known as one of the most difficult criterium races in the U.S. due to technical demands of the course and the quality of the participants.

Challenge Ride: The Challenge Ride is an amateur, non-competitive, participatory ride, open to cyclists of all abilities. The ride will be held on a closed, 15km circuit in and around the Pentagon, Crystal City and the Air Force Memorial. Bronze, silver and gold medals will be awarded for those who can complete 2, 4 or 6 laps within the 3-hour course closure (June 12, Crystal City). Races incorporated in the Challenge Ride include:

Some proceeds from the event will benefit wounded Air Force personnel.

“The Air Force Association’s Wounded Airman Program is the primary beneficiary of the event, receiving proceeds from pledges made by Team Sabre and from additional fundraising activities throughout the weekend,” said the press release. “The Wounded Airman Program supports wounded, ill and injured Airmen with adaptive equipment needs, financial support and care and quality of life items.”

Registration for the kids ride and for the races is open online. See photos from previous years here, here and here.