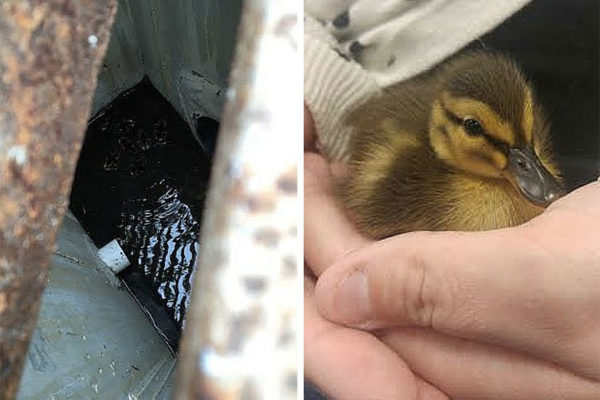 The Animal Welfare League of Arlington, which provides animal control services in the county, announced the duckling rescue via Twitter yesterday.

Here’s what happened, according to AWLA’s Chelsea Lindsey.

Officer Corcoran was called out this morning for six ducklings who had fallen through the grates of a storm drain. Officer Corcoran was able to use a large net to get all six ducklings out of the water at the bottom. She put them in a crate and waited nearby for the mother to come back, but she never returned, so Officer Corcoran brought them back to the shelter and they were taken to a wildlife rehabber in Falls Church who will care for them until they are old enough to be released back into the wild.