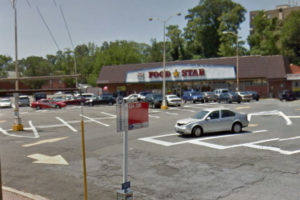 More than 1,800 people say they oppose replacing the Food Star supermarket on Columbia Pike with a new Harris Teeter store.

A Change.org petition called “Help Save the Food Star Supermarket” had 1,817 supporters as of 11 a.m. today.

The petition is a response to the redevelopment of the Food Star strip mall site, which was approved by the Arlington County Board in February. The shopping center is slated to be torn down and replaced by a six-story apartment building with 365 market-rate units and, on the ground floor, an array of retail locations including a 50,000 square foot Harris Teeter store.

The petition paints a picture of Harris Teeter as a “high end” grocery store and Food Star as an affordable, unique neighborhood institution that should be preserved.

I am very concerned that the Food Star grocery store is being targeted for demolition. A well-known business that has been at the same location since 1984, Food Star has become a cultural hub for residents in Arlington County.

While it is understandable that Harris Teeter is looking to expand into Alcova Heights area (at the corner of Columbia Pike and George Mason Drive), it seems like a very unnecessary business practice that is driven purely by profit and not by necessity. A cursory search on Google Maps indicates that there are at least 7 other high-end grocery stores located within a ten mile radius of the Food Star grocery store. However, if Food Star were to be torn down, most of the residents in the area would not be able to afford the costs associated with traveling to or shopping at these stores.

For the residents of Alcova Heights (Arlington) and other patrons from Virginia, Washington D.C. and Maryland, The Food Star grocery store is more than just a grocery store. It serves as a cultural icon, valuable resource, and a place of employment. I firmly believe that it should stay open. I am calling on Harris Teeter to reconsider adding a new location at Food Star’s current address, and to cease any actions related building a new store.