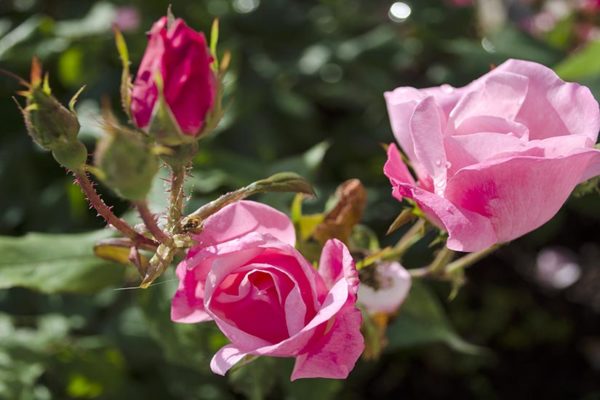 W-L Defeats Yorktown for Soccer Title — Washington-Lee captured the 6A North boys soccer title last night with a 3-0 win over Yorktown. Both teams are still in the state soccer tournament: “The Generals face Virginia 6A South runner-up Grassfield in a state semifinal on Friday at Robinson while Yorktown will play First Colonial.” [Washington Post]

SafeTrack and Traffic Latest — I-395 and I-66 were jammed this morning and some local roads were similarly backed up with traffic as Metro’s SafeTrack work on the Orange Line continues. An ARLnow poll yesterday showed that 56 percent of respondents had a slower than usual commute during the first weekday of WMATA’s maintenance surge. Meanwhile, Metro says its was “pretty much at the maximum of what we could move” through the track work zone on Monday. [DCist]

Higher D.C. Minimum Wage Could Benefit Arlington — A conservative group claims in a new report that 1 in 5 D.C. businesses would consider moving to Arlington if the District enacts a $15 minimum wage. There are reports that the D.C. Council is poised to approve a measure today that would raise the minimum wage to $15/hour by 2020. [Washington Free Beacon, Washington Post]

Board to Consider Fire Station No. 8 Plan — The Arlington County Board is set to consider the recommendation of the Fire Station No. 8 task force that the station should remain on Lee Highway rather than moving to public land near Marymount University. The existing fire station would need to be renovated and a temporary fire station constructed for use during the renovation, raising costs compared to the original plan to move the station. [InsideNova]

Church Celebrates Final Service Before Demolition — About 80 members of the 86-year-old Arlington Presbyterian Church gathered for the final Sunday service before the congregation leaves for a temporary worship space down the block and the church is demolished to make way for affordable housing. [Washington Post]

END_OF_DOCUMENT_TOKEN_TO_BE_REPLACED

More Stories
Does Fido Have a Plan? 5 Simple Steps to Prep Your Pet for an EmergencyNauck 7-Eleven Becoming Lucky Seven