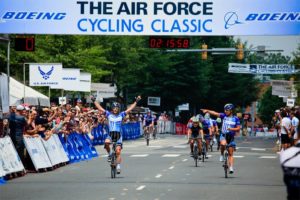 Extensive road closures are planned in the Clarendon and Crystal City areas over the weekend, for the annual Air Force Cycling Classic event.

For those who decide to drive, there will be restrictions on street parking with temporary “no parking” signs being placed in the race areas.