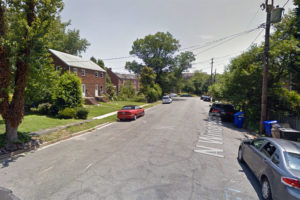 Arlington County Police are investigating a report of a gunshot fired in the East Falls Church area this morning.

The incident happened around 8 a.m. on the 2600 block of N. Winchester Street, not far from the W&OD Trail.

“Police were dispatched to a report of a possible discharge of a firearm,” confirmed ACPD spokeswoman Ashley Savage. “Arriving officers located the occupants of the home and are attempting to interview witnesses at this time. This is believed to be a domestic incident and there are no reported injuries. This is an active investigation and our officers remain on scene.”