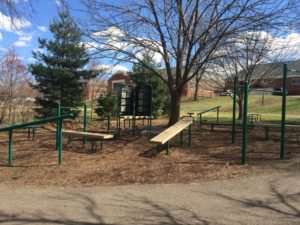 Arlington has been named among the nation’s healthiest places to live.

Arlington received an ‘A’ grade in access to doctors, mental health providers and recreation and fitness facilities. With over 150 listed parks in the county and 13 recreation centers along with privately owned gyms, Arlington has many options for residents to stay healthy.

Arlington’s percentage of smokers is 10.1 percent of the population, lower than the national rate of 16.8 percent.

Topping the “healthiest cities” list were Boulder, Colo., and San Francisco. Arlington beat out a long list of such other health paragons as Provo, Utah; Fort Collins, Colo.; and Berkeley, Calif. Neighboring Alexandria ranked No. 18 on that list.

This isn’t the first time someone has recognized Arlington for its vitality. The county was also named the sixth healthiest “city” in the U.S. by Livability.com last year.