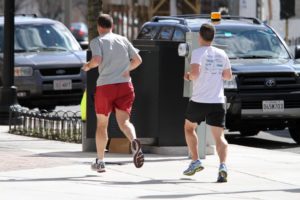 Arlington has been named the sixth-healthiest “city” in America, according to a ranking that takes lifestyle, access to healthcare and environment all into account.

Livability.com — the same website that named Arlington the third-best place to live last year — said Arlington’s access to exercise, recreation, healthy food and low obesity rate all factored in to its ranking.

“Nearly every resident of Arlington, Va., can access healthy foods and places to exercise,” the website says in its blurb about Arlington. “Arlington is filled with parks that offer great hikes, athletic fields, and leisurely strolls and private fitness centers offering yoga, Pilates, CrossFit and a variety of other workouts.”

Topping the list is Minneapolis, Minn., followed by Cambridge, Mass., and Madison, Wisc. Madison was named the best place for recent college graduates to live last week and was No. 1 on Livability’s best places to live rankings.

Arlington was named the healthiest county in Virginia last month. The county’s obesity rate is less than 20 percent, and its network of trails, roads with bike lanes and cycle tracks and Metro-accessible development give residents opportunities to stay in shape while commuting to work. Not only do Arlington residents have access to doctors, the website said, they also use them: about 83 percent of residents receive diabetic screenings.

Access to healthy food, recycling programs, not smoking and “drinking in moderation” were also listed as factors for Arlington’s place in the rankings.