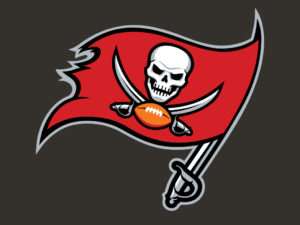 (Updated at 12:05 p.m.) There are various lists for D.C. area football fans, telling them where they can watch their favorite NFL team. There is but one team that’s missing across all of those lists: the Tampa Bay Buccaneers.

Even Reddit can’t figure out a decent place to go out and watch a Tampa Bay game with like-minded fans, save a couple suggestions for suburban bars that show every NFL game.

Sure, the Bucs have the worst all-time winning percentage in the league. But the NFL has some of the most fervent fans of any sports league in the country — heck, the local Browns Backers bar packs it in losing season after losing season. One would think in a melting pot city like D.C., there’d be a bar — just one bar — that a Bucs fan can call (mostly) their own.

When he moved to the D.C. area three years ago, he immediately joined the alumni organization for his Florida Gators. Every Saturday in the fall, he’d head to Arlington Rooftop Bar and Grill (2424 Wilson Blvd) in Courthouse to cheer on the team.

“I was hoping to find the same type of setup and atmosphere for my Tampa Bay Buccaneers of which I am also a big fan,” Robson told ARLnow.com. “Many other big name teams, such as the Patriots, Steelers, Cowboys, and Packers, have official designated watch party bars, yet the Bucs do not.”

This year, Robson decided to take matters into his own hands. 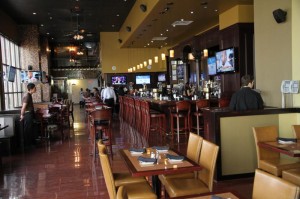 “I went to the owner of Arlington Rooftop Bar and Grill and pitched the idea of becoming the official D.C. Bucs bar on Sundays,” he recounted. “The owner has had such success with the Gator watch parties and is such a big supporter of the Florida sports fans, he immediately got on board with the idea.”

Arlington Rooftop’s Scott Porter said Robson’s enthusiasm, and the success of his deal with the University of Florida alumni, helped to convince him.

“The Gator fans pack this place from top to bottom!” Porter said. “Brent and his colleges were interested in getting the majority of the Gator fan base back here on Sunday to enjoy the NFL games and the Tampa Bay Buccaneers. So we said yes! We are excited to be the official host bar, and if it’s anything like the Gators game on Saturdays it’s going to be a great time and season.”

Robson is now focused on getting the word out and drumming up support among other Bucs fans. If being able to watch the game with other Tampa Bay diehards wasn’t enough to get people to show up, he’s hoping some hometown flavor can seal the deal.

The Buccaneers regular season opener against Atlanta is scheduled for Sunday, Sept. 11 at 1 p.m.