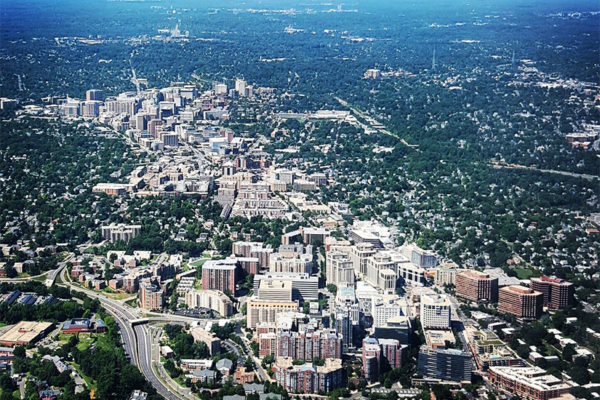 Permanent Bathrooms Coming to Iwo Jima Memorial — Congress has approved a bill to add permanent bathrooms to the Marine Corps War Memorial near Rosslyn. The bathrooms will replace the current porta-potties and will be accessible to those with disabilities, including wounded veterans. The cost of the project will be paid for by philanthropist David Rubenstein. [WUSA 9]

Remembering 9/11 in Arlington — Arlington County is holding events in remembrance of the victims of the Sept. 11 attacks. Tomorrow, Sept. 8, the county’s Emergency Preparedness Advisory Commission is holding a public event reflecting on the response to the 9/11 attack on the Pentagon, moderated by NBC 4’s Doug Kammerer. On Sept. 11 this year, the county will hold its annual wreath-laying ceremony at Courthouse Plaza. [Arlington County]

Police Car Involved in Crash — An Arlington County Police cruiser and an SUV collided yesterday afternoon while the police officer was responding to a call. The crash happened near the intersection of Walter Reed Drive and S. Arlington Mill Drive, roughly between Shirlington and Wakefield High School. No injuries were reported. [Twitter]

Arlington Not a ‘Sanctuary City’ — Does GOP presidential candidate Donald Trump’s pledge to crack down on “sanctuary cities” put Arlington in danger? Probably not, county officials say, because Arlington is not a sanctuary city. “It is, and has always been, Arlington County’s policy to comply with requests from all other federal, state and local law enforcement agencies including detainer requests from U.S. Immigration and Customs Enforcement,” the county said. [NBC 4]