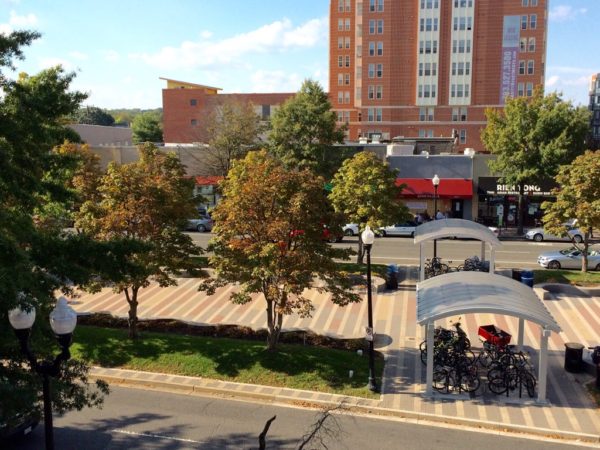 Arlington Featured on MTP — Arlington County was featured in a Meet the Press segment on Sunday, comparing the level of support for Hillary Clinton here to support for Donald Trump in a rural Ohio county. The show interviewed residents in the Clarendon area. [NBC News]

Surge in Registration, Absentee Voting — Officials are anticipating about 43,000 absentee ballots in Arlington this year, up 50 percent compared to the last presidential election in 2012. Throughout the region and the state, absentee voting is on the rise, which is generally good news for Hillary Clinton. Meanwhile, a surge in last-minute voter registrations yesterday and a statewide software slowdown has the county advising that it could take several days to process all of the applications. [Washington Post, WTOP, WTOP]

Vehicle Decal Design Contest Starts — The Treasurer’s Office Decal Design Competition is back for another year. Local high school students will compete to design the next Arlington County vehicle decal, which will appear on some 160,000 vehicles in the county. The submission deadline is Nov. 28. [Arlington County]

Pike Recycling Center May Move — Next month the Arlington County Board is expected to consider whether to relocate the recycling facility at the corner of Columbia Pike and Four Mile Run Drive to the Arlington Trades Center in Shirlington. County officials want to lower the level of illegal dumping that’s currently taking place. [InsideNova]

Historic Designation for Ballston Cemetery? — On Wednesday night Arlington’s Historical Affairs and Landmark Review Board will discuss the merits of a proposed local historic district designation for the Ball cemetery in Ballston. The cemetery is currently slated to be relocated to make way for the redevelopment of a church. [Preservation Arlington]