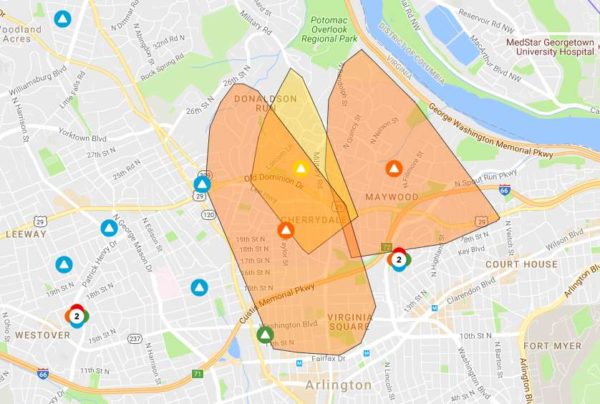 Update at 11:30 p.m. — Power has been mostly restored. Dominion is currently reporting only 87 customers without power in Arlington.

On a windy Sunday night, power outages are being reported around large parts of north Arlington.

The outages are so far being reported in the Virginia Square, Ballston, Cherrydale, Maywood and Donaldson Run neighborhoods.

As of 9:15 p.m. there are were 5,677 customers without power, according to Dominion’s outage map. There was no estimate as to when power might be restored.

@ARLnowDOTcom Power is out in Cherrydale neighborhood. Wind related?

END_OF_DOCUMENT_TOKEN_TO_BE_REPLACED

More Stories
Rethink Energy: Get Your Federal Tax Credit Before They Expire!Morning Notes