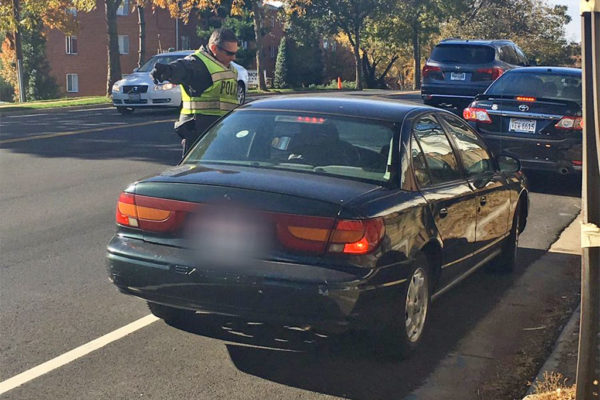 The Arlington County Police Department issued 20 citations and made one arrest during its pedestrian safety enforcement detail on Columbia Pike this morning.

The enforcement was conducted on the Pike at S. Oakland Street from about 10 a.m. to noon.

According to ACPD, 17 drivers “were stopped and issued a summons for failure to yield to the pedestrian,” while two were issued citations for not wearing a seatbelt and another was cited for not having a driver’s license.

One person stopped by officers was wanted for failing to appear in court for not having a driver’s license. That person was taken into custody, said ACPD spokeswoman Ashley Savage.

Officers enforcing failure to yield to pedestrians at the intersection of Columbia Pike at Oakland. #BeStreetSmart pic.twitter.com/wgMC0YHbzI

Drivers, watch your speed and be prepared to stop for pedestrians in the crosswalk. #BeStreetSmart pic.twitter.com/pzkcobA1od