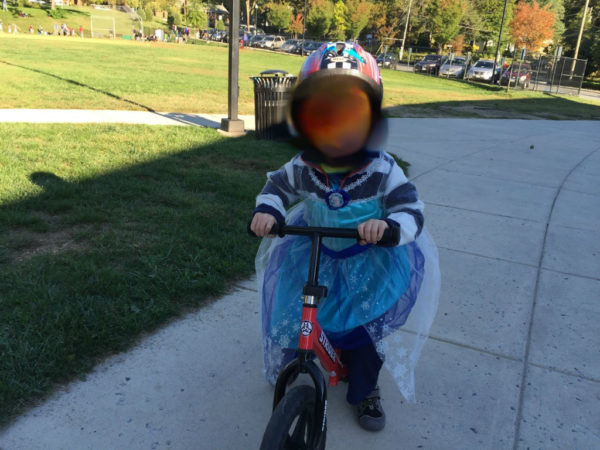 Updated at 12:45 p.m. — The Arlington County Human Rights Commission contacted Crabb and Johnson minutes ago about their appeal, informing them that reasonable grounds do exist to support allegations of discrimination based on gender. The written decision notes that the “no long dresses” policy is not specific and there are “at least twenty-seven images” on the daycare’s website of girls wearing dresses, including some of similar lengths to the boy’s dress. The commission notes that the boy is the only child who has been disciplined over the policy and that Crabb and Johnson received no warnings or reminders about their son’s dress length. The commission says evidence indicates the boy was expelled as retaliation for his parents speaking up about their child’s dress being removed. The Arlington County Human Rights Commission’s Executive Director has been authorized to initiate “conciliation efforts” between the parties.

Earlier: An Arlington couple is accusing a local daycare of discrimination, saying their young son was kicked out for wearing a dress.

Kristen Johnson and Robin Crabb say their son had been wearing a dress to his daycare, the Arlington Children’s Center near Rosslyn, for several weeks when trouble suddenly broke out in November 2015. Arlington Children’s Center has not responded to ARLnow’s multiple requests for comment, but Johnson and Crabb shared their recollection of the events.

Johnson says last year she went to pick up her then-three-year-old son from daycare when she noticed he was not wearing his dress — which was in the style of Elsa’s dress in the animated movie “Frozen” — over his pants and shirt, as he had been when he was dropped off that morning. When her son said the dress had been taken off of him, Johnson questioned daycare employees about why that had happened.

At first she thought perhaps her son had gotten the dress dirty and staff therefore had to remove it. But staff told Johnson that the daycare center’s owner saw the boy wearing the dress and instructed staff to take it off.

“A teacher said [the owner] was irate when she saw my son wearing a dress,” Johnson says. “My son was essentially kicked out because he was wearing dress.”

She points out that although the boy had been wearing a shirt and pants under the dress because it was cold outside, the dress reportedly was taken off of him in front of the other children at the daycare.

“I said no one should take my son’s clothes off until they talk to my husband or myself first,” Johnson says.

An employee reportedly returned the dress to Johnson in a plastic bag but did not provide any additional information. Johnson requested to speak with the owner and staff said the owner would call her. Johnson says although she became angry at the lack of answers to her repeated questions about why the dress had been removed, she realized she wasn’t making progress and left the daycare without becoming disruptive.

Johnson says once she got home she called the daycare and spoke with the director. She recalls that the director also did not answer questions about the dress removal and told Johnson she would have to speak with the daycare’s owner. Johnson admits becoming frustrated at that point and hanging up on the director. “It was not my best moment, but I did it,” she says. 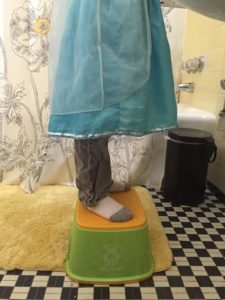 She received a call from the owner shortly thereafter. The conversation quickly became “animated,” according to Johnson and her husband, Crabb, who joined the call when Johnson grew agitated. The couple repeatedly asked the owner if she instructed staff to remove the dress just because it was on a boy. The owner repeatedly stated that the center had a policy against long dresses for safety reasons. But Crabb believes the owner’s animated response to the questions indicates otherwise.

“If somebody violates a policy against long dresses, you don’t have an emotional reaction like that. You just say they’re not allowed to,” he says.

After more discussion about the long dress policy, the owner reportedly told the couple not to bring their son to the daycare again or employees would call police. The owner told the couple that the boy was expelled because of Johnson’s interactions with staff after discovering the dress had been removed.

Johnson says the expulsion is unjustified on those grounds because she was not inappropriate or aggressive with anyone, other than hanging up on the one employee. She says parents and staff who witnessed her at the daycare center on the day of the dress removal have attested to her appropriate behavior during the incident. 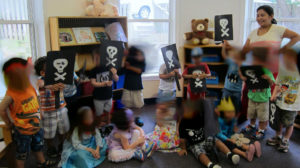 Although the daycare does indeed have a “no long dresses” rule, Crabb and Johnson say, they had never been warned that their son was violating the policy prior to this incident. Additionally, they say that the vague rule does not even state exactly where on a child’s body dresses are allowed to reach or what constitutes a violation.

The boy received the dress as a hand-me-down gift from one of the girls at the daycare. She reportedly had worn the dress at the center on more than one occasion without any repercussions. In fact, the girl was wearing the dress in a photo featured on the daycare’s website (above left).

Crabb and Johnson point out that the dress was longer on the girl than it was on their son; it reached nearly to the girl’s ankles but only mid-calf on the boy (above right). They say other girls also wore dresses longer than their son’s without reprimand, as seen in another photo from the center’s website (below right). 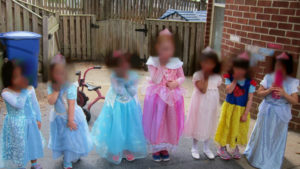 Crabb and Johnson are certain their son was discriminated against for wearing non-gender conforming clothing and took their case to the Arlington County Human Rights Commission earlier this year. The commission investigated the case but did not rule in Crabb and Johnson’s favor.

A spokesperson for the Arlington County Office of Human Rights told ARLnow that all matters it investigates are confidential and it will not discuss them with anyone except the parties directly involved.

The commission’s ruling in the discrimination case was based on a number of factors, according to its final written report. One factor is that the parents did not inform the daycare that their son might have a “gender identity issue.” The commission also decided the dress in question was not related to his gender identity because it is a “costume dress,” and it cited insufficient evidence that the boy wore dresses outside of daycare. 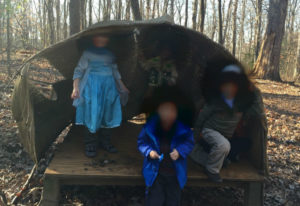 Johnson says she was never asked to provide such evidence or she would have submitted previously-taken photos of the boy wearing this and other dresses while at home and in public. The parents also do not believe they should have had to provide advance notification that their son may or may not identify with a gender other than what he was biologically assigned. Those are two of the points that prompted the couple to recently appeal the commission’s decision.

Because their son is so young — now four — Crabb and Johnson aren’t sure if he is yet expressing gender identity, but they want to support him regardless of whether he identifies as a male or female. Currently their son sometimes refers to himself as a boy and sometimes as a girl, Johnson explains.

“We don’t know what’s going to happen, he’s four. But after this he had shame about wearing a dress, he would talk about it,” she says. “I think that’s insane that in this progressive area a daycare could do that to a child.”

She notes that part of the reason she chose to send her son to Arlington Children’s Center is its reputation and affiliation with the county; county workers receive subsidized child care at the center as an employee benefit. Johnson said that makes it even more surprising to her that the daycare handled the incident as it did.

Johnson says her son asked questions about why he couldn’t return to his daycare and felt such shame at being expelled that he didn’t wear a dress when he started attending a new daycare last year. That changed after about a month when the new daycare’s director told him he could wear a dress if he wishes.

“That’s all he needed, to know that it was okay,” Johnson says. “He had been empowered to wear it. And other kids in the class said they liked the dress.”

The couple is currently awaiting the Human Rights Commission’s decision regarding their appeal. They were told that if the commission reverses its original decision, then both sides will take part in a mediation to reach an amenable course of action. Crabb says he’s not quite sure if that would involve requiring the daycare to provide better staff training about gender identity or some other resolution.

“I don’t know what would satisfy us to make sure that other kids — and there will be other kids — aren’t subjected to the same thing,” he says. 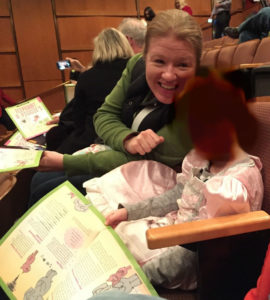 “Kids at that age don’t understand [gender expression],” Johnson adds. “But they will be more accepting if the adults around them are accepting of kids who are expressing themselves differently.”

Meanwhile, the couple wants to get the word out to other parents about the issue while continuing to support their son no matter what he chooses to wear.

“It makes me so happy that he doesn’t care what other people think,” Crabb says. “Occasionally we hear someone ask why he is wearing a dress and he doesn’t care.”

“There’s such a high rate of suicide for transgender kids,” Johnson says. “I know the possible harms [the daycare’s] actions could have done to our son. That’s why we are so passionate about having more education and having other members of the community know this happened. They need to know they have recourse to fight it because it’s not okay. These children don’t have anyone standing up for them except their parents.”

Do you like cuddles and have a loving home? Meet one-year-old Eliza who is a special lady who loves boxes and this week’s Adoptable Pet of the Week.

The child who was struck by a driver a few weeks ago while riding his scooter in Westover has returned home, police say. A Cadillac sedan struck the child in…

First Lady Jill Biden is planning to visit Arlington on Friday afternoon. Biden will “travel to Joint Base Myer-Henderson Hall in Arlington, Virginia to participate in a Toys for Tots…

For the first time since it was built in the early 1960s, the northern section of the GW Parkway will be getting a major overhaul. The National Park Service announced…

Read more →
More Stories
W-L Grad Stars in Fox’s ‘Star’Ask Eli: Should I Buy a Home in the Winter?