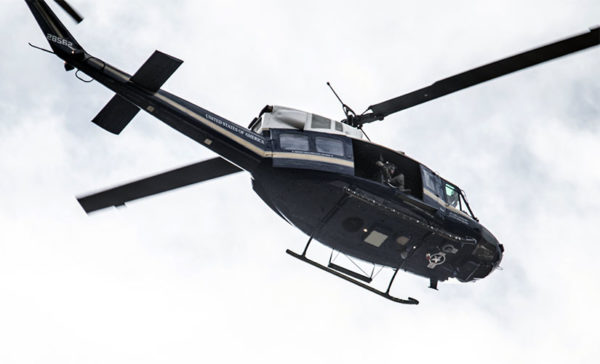 On Friday, the U.S. House of Representatives approved a conference report for the National Defense Authorization Act, pushing an amendment on helicopter noise from Rep. Don Beyer (D-Va.) closer to becoming law.

The amendment was proposed by Beyer in response to frequent complaints from Northern Virginia residents about excess noise from military helicopters. It directs the Dept. of Defense to work with the Federal Aviation Administration “to study changes to the region’s helicopter flight routes, operating procedures, and even the types of helicopters flown in the national capital airspace to mitigate the effect of noise on the region’s neighborhoods.”

With Friday’s 375-34 House vote, the measure is now set to be voted on by the Senate this week, prior to heading to the president’s desk to become law.

Beyer said the language in the bill will force the DoD to take responsibility for its role in creating noise that affects quality of life in local neighborhoods.

“My constituents understand and appreciate the military’s mission in the National Capital Region, but that does not absolve the Pentagon’s responsibility to minimize helicopter flights over residential neighborhoods,” Beyer told ARLnow.com Friday, in a statement. “I offered this amendment out of frustration after Department officials rebuffed my attempts to work together to quiet the noise. Today’s vote ensures the DoD will work with the FAA and local community groups to find ways to reduce the din.”