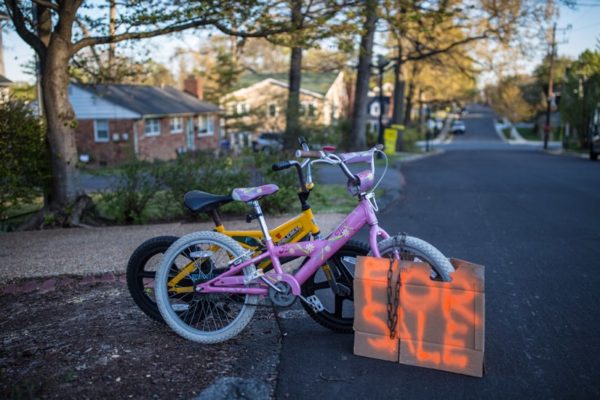 Is Aircraft Noise Getting Worse? — Washington Post columnist Petula Dvorak has taken up the issue of aircraft noise complaints in Arlington. Some residents say the noise has gotten worse recently, particularly with more helicopters and tilt-rotor V-22 Ospreys overhead. So far, the Dept. of Defense has not explained the purpose of the numerous Osprey flights. [Washington Post]

Amish Super PAC Has HQ in Clarendon — A political action committee that’s trying to convince the Amish to vote for Donald Trump this fall has its headquarters in Clarendon. [Quartz]

‘Whimsical’ Old Victorian Farmhouse For Sale — A “whimsical” Queen Anne-style Victorian home that dates back to 1881 is on the market for $1.3 million. The home, in Arlington’s Waycroft-Woodlawn neighborhood, was the setting of a notable children’s novel, among other distinctions. [Washington Post]

InsideNova Implements New Ads? — InsideNova, the web home of the Arlington Sun Gazette, appears to be running 30 second video ads that cannot be closed with each new page view. That’s what ARLnow.com encountered this morning; it’s unclear if that is happening for every user. InsideNova content was previously placed behind a paywall, which has since been quietly removed. [InsideNova]