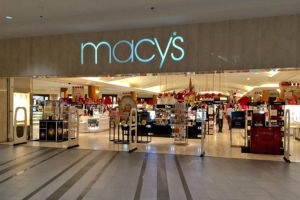 An Arlington woman arrested earlier this year for a counterfeit handbag fraud has been sentenced to jail time.

She was sentenced today to 30 months in prison and more than $800,000 in forfeiture and restitution, according to the U.S. Attorney’s Office.

Praepitcha Smatsorabudh, 41, of Arlington, was sentenced today to 30 months in prison for running a multiyear scheme to defraud department stores across the country. Smatsorabudh was also sentenced to three years of supervised release, and ordered to pay $403,250.81 in forfeiture and the same amount in restitution to her victims.

Smatsorabudh pleaded guilty to wire fraud on August 3. According to court documents, Smatsorabudh bought brand name purses online and then returned in their place counterfeit purses, which were smuggled into the country from China. She then sold the authentic purses on Instagram for more than $2,000 each. In order to avoid detection, Smatsorabudh made fraudulent returns at over 60 department store locations in 12 states.  In total, her scheme defrauded department stores out of more than $400,000.