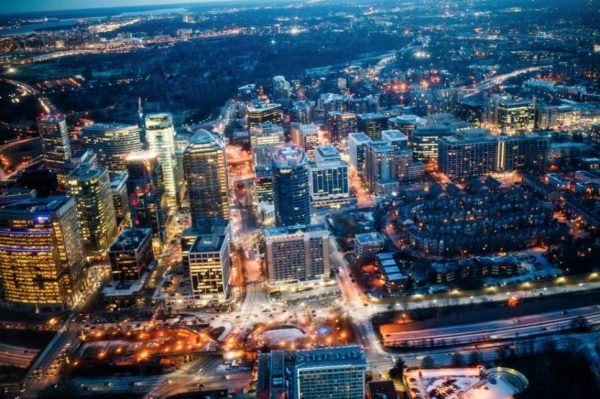 Wardian Dominating Global Marathon Event — Arlington resident and running superhero Michael Wardian has won the first two races in the World Marathon Challenge. Wardian, 42, posted a time of 2:54:54 in Antarctica, the fastest marathon ever run on the continent, and a time of 2:45:42 this morning in Punta Arenas, the South American leg of the seven day, seven continent and seven marathon event. Wardian is trying to break the event’s record average race time of 3:32:25. [Facebook, Twitter, Washington Post, Runner’s World]

APS Projected to Keep Growing — Arlington Public Schools is bursting at the seams, building new schools to keep up with rising enrollment — and that enrollment is expected to keep growing over the next decade. According to projections presented at a School Board meeting last week, the APS student body is expected to rise from around 27,000 now to 32,500 by the fall of 2026. In terms of per-student costs, the added 5,500 students could add more than $100 million to the school system’s current $600 million annual budget. [InsideNova]

Extra Metro Trains for Pro-Life March — Metro says it will run extra trains during mid-day Friday in order to accommodate crowds for the 2017 March for Life in the District. In a press release, Metro also said it “will run more 8-car trains (the longest train length possible), all midday track work will be cancelled, and additional staff will be on hand to assist visitors.” [WMATA]

Nearby: Car Stolen With Baby Inside — Two men stole a car that had been left running near a bank ATM, then abandoned it, apparently after discovering a baby inside. The incident happened Monday afternoon at the Bradlee Shopping Center in Alexandria, across from Arlington’s Fairlington neighborhood. The child was unharmed. [WJLA]