I had the pleasure of visiting and writing about Ocelot when they were only five months old. While they are basically the same great brewery, avoiding core or flagship beers in favor of constant change, they have begun to recognize that some beers deserve to be made again. In fact, in the time since I sat down with them, The Washington Post has recognized them as the Best New Brewery in the DMV. And they have joined the local ranks of Herndon’s Aslin Brewing Company and Cambridge, Maryland’s RAR in brewing buzz worthy beers that make craft beer lovers wait in lines for. 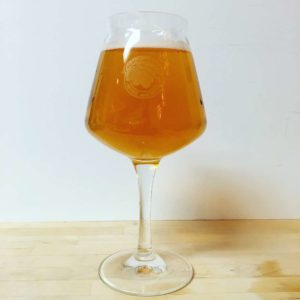 Talking Backwards Triple IPA (11% ABV)
One such beer is Talking Backwards IPA, Ocelot’s collaboration with Meridian Pint that sits at #7 on the Beer Advocate “Top Rated Beers: Virginia”. Though many of Ocelot’s beers are one-hit wonders, this strong IPA played an encore in December. The occasion of its brewing was momentous enough to be the subject of an article in the Washington, D.C. edition of the news site, Brightest Young Things, and was attended by Dominion’s own Arash Tafakor.

As Ocelot founder Adrien Widman puts it Talking Backwards is his tribute to Russian River’s Pliny the Younger. Not a clone mind you, but a big IPA in the same tradition. This beer screams special. The aroma is bursting with pine sap, cotton candy and mandarin orange juice. The sip — and I do suggest sipping– is strong and sweet, dominated by tangerine/mandarin but tempered by an herbal bitterness. Talking Backwards wears its ABV well, but you still get an alcohol burn that tickles your tongue. Share this one, you’ll make a beer friend happy. 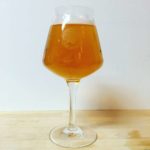 Uber Home IPA (8.5% ABV)
Talking Backwards was totally billed as a dry IPA, but Uber Home nails dryness. A double IPA at 8.5%, Uber Home is fragrant with passion fruit, apricot and pine resin. Dry is the word when it comes to the flavor — the sip seems to come and go with little to linger on. Apricot and herbs combine with a light cracker maltiness finishing in a slight alcohol astringency. In the end, with a relatively high ABV and little sweetness, Uber Home is very drinkable. Be careful not to put it away too swiftly as the flavor belies the strong beer in your glass. 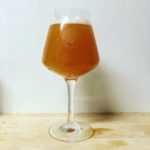 Mi Corazon IPA (6.2% ABV)
Though not an imperial IPA, Mi Corazon manages to combine both the full flavor and sweetness of a bigger beer. Reminiscent of juice bombs that I’ve enjoyed recently, the aroma is dominated by mango and tangerine. The sweetness hinted at in those fruits comes out immediately in the flavor, but fortunately it’s curbed by a slightly flowery bitterness. I felt that this beer could easily have been cloyingly sweet, but for the balance of bittering hops. This is both a simpler and more enjoyable beer than it’s fellow IPAs. These are all exciting beers, but Mi Corazon is especially fun to drink — it’s refreshing and tasty. At a more average ABV, it’s also easier to justify making the whole growler yours. 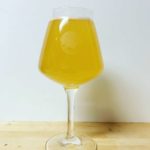 Sunnyside Dweller Pilsner (5.5% ABV)
This Winter has been anything but wintry. That must explain why I didn’t feel out of time drinking this clean and crisp lager. Befitting a pilsner, the aroma is biscuit flour and a hint of grass. Curiously, honey dew melon appeared as my beer warmed slightly, but I enjoyed the suggestion of fruit. The flavor, however, walks the lager line with a clean white bread maltiness and a delightful herbal bitterness — making a formidable one-two taste punch. This beer is more than drinkable: it’s poundable. I know that Ocelot eschews the notion of core beers, but there is a great case to be made for offering beer drinkers a couple of go-to beers. I’d buy this beer more than once.

Get out to Dominion Wine & Beer at 5:00 p.m. to enjoy these beers. Be sure to get your growler before the kegs kick. You might not see these beers again!