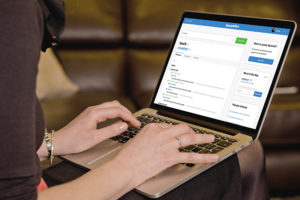 When online dictionary SpanishDict.com hit the web in 1999, its primary audience was English speakers looking to learn Spanish. The idea was simple: to create an easy-to-use resource for students and learners that would serve as the definitive guide for translating Spanish words into English.

Nearly 20 years later, the tables have turned. Today, a good chunk of the site’s 14 million monthly users are native Spanish speakers who want to learn English. And that number is growing, said Chris Cummings, CEO of the Rosslyn-based startup behind SpanishDict, Curiosity Media 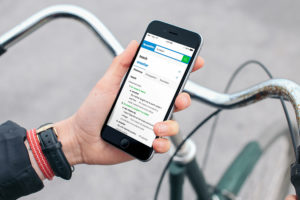 “People ask us all the time if we’ve considered going into other languages,” Cummings said. “The answer is that we are going into a new audience, but it’s actually the same language pair.”

Cummings is no stranger to finding new audiences. In 2013, he helped launch Fluencia, a subscription-based Spanish learning program. The software course features an “adaptive pace” and an automated tutoring system to help users become more fluent. Since its launch, Fluencia has grown its monthly user base to around 800,000 learners from across the world.

Though Fluencia continues to expand, Cummings said his company’s dictionary services are growing at an even quicker pace. 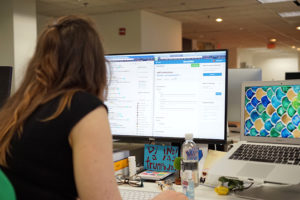 “We’re adding thousands and thousands of new Spanish speakers every week,” he said. “We already have millions on the site.”

Cummings added that there could even come a day where there’s just as many native Spanish speakers using SpanishDict as there are native English speakers, if not more.

Part of the reason for such a steep rate of user growth is the sheer number of “bells and whistles” that SpanishDict offers, Cummings said. People who might otherwise use a “quick and dirty” translation service like Google Translate are drawn to SpanishDict’s many features. 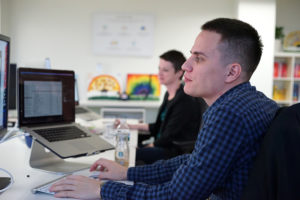 In 2013, Curiosity Media had just a handful of employees. Now, it has 17 in its office in Rosslyn, and it’s still growing.

The company currently is hiring for engineering and product management positions.