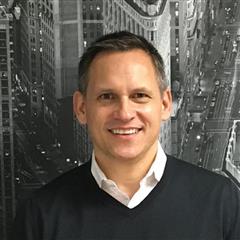 Following the departure of Steven Cover, Arlington County has named an Acting Director for Community Housing, Planning and Development.

Claude Williamson, who has been with the department for 20 years, will lead it on an interim basis as the acting planning director. Last week County Manager Mark Schwartz said that a search would be starting soon for a permanent replacement for Cover.

Williamson’s long tenure at CPHD contrasts with Cover’s attempts to shake up the department and streamline its processes, which have been the subject of grumbles from the business community. Cover was named CPHD director in 2015.

More on the appointment from a county press release:

Williamson joined CPHD in 1997 and has served as the Comprehensive Planning Supervisor for more than 11 years. His broad experience in planning, management and civic engagement has influenced a multitude of major planning initiatives and projects. He has been instrumental in the development and implementation of both sector and area plans across Arlington, and has provided significant leadership during zoning ordinance reviews and updates, inter-jurisdictional planning efforts and other key planning activities.

“Claude brings a wealth of experience and tremendous professionalism to the Acting Directorship of this critical County department,” said Arlington County Manager Mark Schwartz. “He has a deep understanding of our community and of the planning principles that have successfully guided Arlington for decades.”

In his new role, Williamson will lead all the department’s efforts, including the development review process; comprehensive planning; neighborhood services; zoning administration; inspections and code enforcement and data analysis. The department is responsible for planning both in Arlington’s neighborhoods and in the densely developed, transit oriented Metro corridors. CPHD is the lead department in implementing the County’s Smart Growth planning vision.

Prior to joining Arlington County in 1997, Williamson worked for the New Orleans City Planning Commission on a variety of planning projects and initiatives. He holds a Master of Community Planning from the University of Maryland School of Architecture.  He also holds a Master of Public Administration and Bachelor of Science from Suffolk University in Boston.  Williamson is a member of the American Institute of Certified Planners.  He lives in the Palisades neighborhood of Washington D.C. with his husband Michael and 11-year old son Evan.