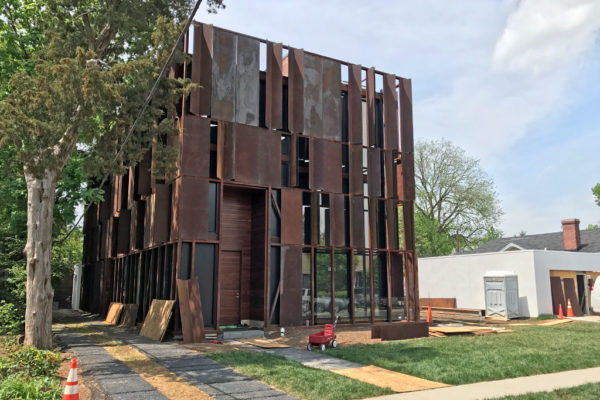 More on Proposed Rosslyn Residential Tower — As first reported by ARLnow.com, a residential tower is being proposed to replace the RCA office building in Rosslyn. A new preliminary site plan filing provides some additional details: it will be 24-story residential building with 407 units of both apartments and condos, plus some ground floor retail and three floors of underground parking. [Washington Business Journal]

Caucus Voting Starts Today — Voting in the Democratic caucus for County Board and School Board starts today. The first day of caucus voting will take place between 7-9 p.m. at Key Elementary School, followed by additional caucuses on May 11 and 13. ARLnow recently published “why you should vote for me” essays from each candidate. [Arlington Democrats]

Scalia Son Is an Arlington Priest — Paul Scalia, the sixth child of the late Supreme Court Justice Antonin Scalia, is a Catholic priest who serves as Episcopal Vicar for Clergy — an assistant to the Bishop — in the Diocese of Arlington headquarters (200 N. Glebe Road). Scalia just released his first book and NBC 4 used the occasion to ask him about growing up in the Scalia household. [NBC Washington]

Nearby: Amazon Opening Store in Georgetown — Amazon.com will be opening one of its first brick-and-mortar retail stores in Georgetown, at 3040 M Street NW. It has existing physical bookstores in Seattle, Portland and San Diego. [Washington Post]