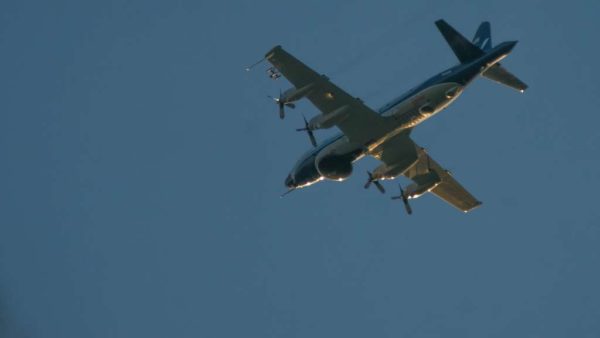 Sun Gazette’s County Board Endorsement — The Arlington Sun Gazette newspaper has endorsed Erik Gutshall in the Democratic County Board caucuses, which are happening this week. At the same time, the paper urged readers to also consider Kim Klingler, thanks in part to her background on public safety issues. [InsideNova]

Hurricane Hunters at DCA — Government officials and members of the public were on hand at Reagan National Airport yesterday to tour the National Oceanic and Atmospheric Administration’s hurricane hunter aircraft. Among those on hand were acting FEMA director Bob Fenton and Commerce Secretary Wilbur Ross. The director of the National Hurricane Center called it “the biggest, baddest hurricane awareness tour stop we have ever had.” [Roll Call, Capital Weather Gang]

Activists Target FCC Chair’s Arlington Neighbors — In their fight to retain net neutrality policies, activists have been leaving advocacy materials for and knocking on the doors of FCC Chair Ajit Pai’s neighbors in Arlington. Pai has suggested such policies should be rolled back. [Silicon Beat, DSL Reports, Popular Resistance]

Arlington Water Quality Report Posted — The results of Arlington County’s annual water quality testing have been published online. Per a press release: “Based on sampling data taken throughout the year at our treatment plant and distribution system, the report confirms that Arlington’s high-quality drinking water meets and exceeds all federal and state requirements.” [Arlington County]