Arlington County is now the No. 1 best “city” for millennials in the entire country, according to new rankings from the website Niche.com.

Last year Arlington ranked second on the same list. This year, as also noted by the New York Times, Arlington is at the top, ranked highly for nightlife, diversity, public schools, and being “good for families.”

The rankings reflect that the millennial generation is getting older and having children. Last year’s list included grades for “access to coffee shops” and “access to restaurants,” which appears to have made way for the schools and families grades. 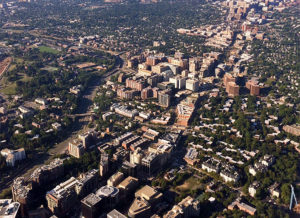 The top 10 cities for millennials in 2017, according to Niche:

Depending on how you define the millennial generation, it constitutes somewhere between 30-40 percent of Arlington’s population, though some worry that many millennials starting families may be forced to move out due to the high cost of housing and childcare.