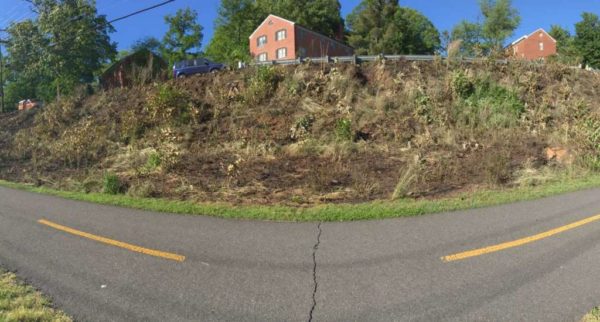 (Updated on 5/17/17) A brush fire that burned for an hour yesterday between the Four Mile Run Drive access road and the W&OD Trail left a large, scorched scar on the hillside.

A passerby photographed the scene yesterday evening and said “you can still smell” the smoke and fire, which was caused by a downed power line.

At least one vehicle appeared to be damaged during the incident.