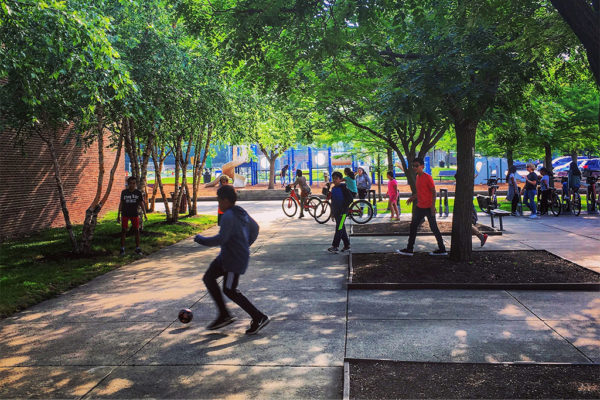 Police Investigating Shooting in DoD Office Building — Arlington County police are investigating a fatal shooting in the Defense Department’s Taylor building, at 2530 Crystal Drive in Crystal City. The shooting happened this morning and initial reports suggest it was self-inflicted.

Lyon Village Profiled by WaPo — “Close to both the Clarendon and Court House Metro stops on the Orange and Silver lines, Lyon Village is the kind of neighborhood where families know their neighbors, children play and parents can walk almost everywhere.” [Washington Post]

ACPD Recruiting for Citizen’s Police Academy — Applications are currently being accepted for the Arlington County Citizen’s Police Academy. The academy “was designed to create a better understanding and communication between citizens and the police through education.” Applicants are subject to background checks before acceptance into the program, which shows the “inner workings” of the police department. [Arlington County]

Arlington Hosts Travel Trade Show Attendees — Arlington County hopes to get a big tourism and economic boost from its promotional efforts during this year’s U.S. Travel Association IPW trade show, which was held in D.C. for the first time. The county, in partnership with the Rosslyn BID, JBG Companies, and Fashion Centre at Pentagon City mall, also hosted 150 trade show attendees in Rosslyn on Monday. [Arlington County]

Letter to the Editor: Kids Over Dogs — The writer of a letter to the editor of the Sun Gazette newspaper doesn’t understand why, in county government, there seems to be more urgency over proposed changes to a dog park than making sure there is enough land to build new schools to keep up with rising enrollment. [InsideNova]