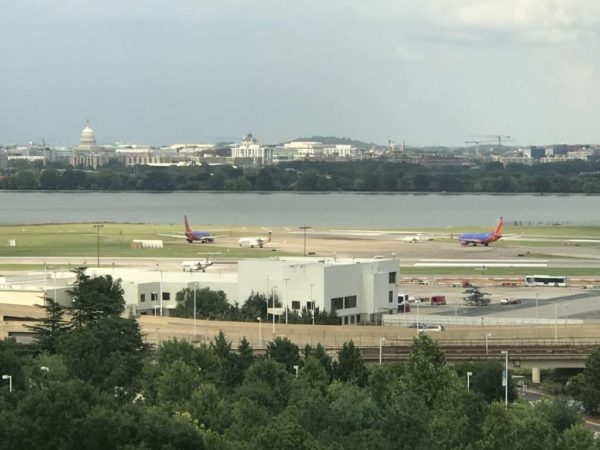 Tens of Thousands of Bees Found in Nauck Building — An elaborate series of bee hives were found in a now-county owned building set for demolition in Nauck, prompting the county to call a husband-and-wife beekeeping team that lives in the area. The couple helped “rescue” the hive — estimated to contain 70,000 bees and 100 pounds of inedible honey — and transport it to the community park at 10th Street and N. Barton Street near Courthouse. [Arlington County, Washington Post]

‘Oz’ Owners Splitting Up — “Real Housewives of Potomac” cast members and Oz restaurant owners Ashley Darby and her husband, Michael Darby, have reportedly split. Ashley Darby said she moved out of the luxury Courthouse condo she shares with Michael, but also “dangled the possibility of reconciliation” on a “reunion” show for the series. Despite the drama, the pair were all smiles when they jointly hosted a tasting dinner at Oz in Clarendon on June 27. [Washington Post]

County Wants CSX to Consider Fewer Train Horn Blasts — Arlington County has been working with CSX to try to encourage the railroad to cut down on trains blowing their horn while traveling through densely populated Crystal City. CSX has rules in place that require a horn blast on certain sections of track at certain times for safety reasons. [InsideNova]