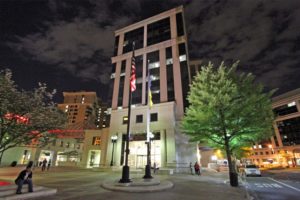 Arlington County is the No. 1 “digital county” of its size in the nation for the second year in a row, according to The Center for Digital Government and the National Association of Counties.

The award recognizes the use of technology in areas of open government, transparency, citizen engagement, cyber security and operations. Arlington was the winner among counties with a population of 150,000-249,999 people.

The county also received credit for live-streaming County Board meetings, work sessions and some commission meetings as part of the open government program.

The award recognized the Department of Technology’s “Defining Arlington’s Digital Destiny Campaign,” which hosts a series of public discussions with residents, businesses and industry leaders to explore how Arlington can use technology to enhance the quality of life for all.

The county’s dark fiber network, ConnectArlington, also received credit for supporting government operations and links to Arlington Public Schools, along with its expansion to include Arlington businesses. The network initially linked all county and APS facilities with high-speed broadband.

“This award acknowledges not only the county’s commitment to open, accessible and transparent government and to encouraging engagement, but also the creativity and hard work of a county staff that is innovative in its approach to digital services,” Arlington County Board chair Jay Fisette said in a statement.

County representatives will be presented with the award at the National Association of Counties’ annual conference on Saturday (July 22) in Columbus, Ohio.