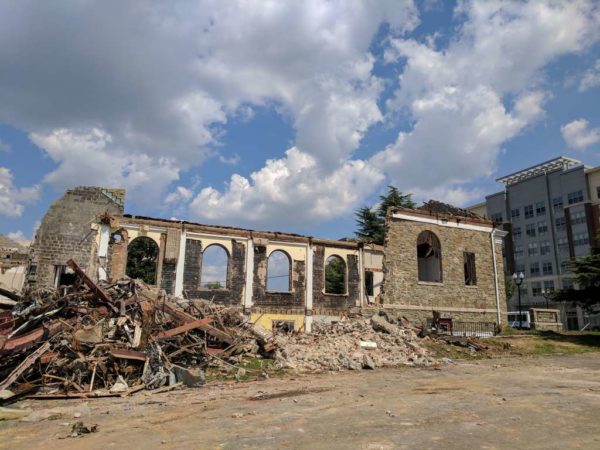 ACPD Says It Follows the Constitution — In a public statement of values, the Arlington County Police Department said yesterday that it “has always adhered to the Constitution and is committed to safeguarding the rights of all individuals.” The department continued: “We faithfully, and without bias, honor our obligations to the community and will continue to provide professional law enforcement services in accordance with our core values.” [Facebook]

District Taco Opening in Pa. — District Taco, which started as a tiny food cart in Arlington, is continuing to expand. DT is planning to open a location in King of Prussia, Pennsylvania, its first restaurant outside of D.C., Maryland and Virginia. [Twitter]

Fmr. Arlington Resident Sexually Enslaved Housekeeper — A former American diplomat, who reportedly used to live in Arlington, “has for the second time been found liable for enslaving and sexually trafficking a housekeeper while posted at the U.S. Embassy in Yemen.” [Washington Post]

ACFCU Branch Closed After Fire — The N. Glebe Road branch of Arlington Community Federal Credit Union is closed after a fire yesterday evening. “Thx for understanding as we work 2 make sure bldg is safe,” the credit union said via social media. [Twitter]

ACFD Battles Fire in Bailey’s Crossroads — The Arlington County Fire Department has had a busy couple of days. The department battled at least three fires yesterday afternoon and also, on Saturday, assisted on a blaze in an empty apartment at a three-story complex on Oakview Gardens Drive in Bailey’s Crossroads. Five people were displaced and $20,000 in damage was caused, but no injuries were reported. [Falls Church News-Press]