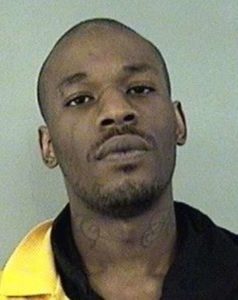 (Updated at 2:20 p.m.) Arlington County Police arrested a man last night in connection with a shooting that happened Wednesday morning and a brandishing incident Wednesday night.

The shooting happened on the 1000 block of S. Frederick Street, near Columbia Pike. The victim suffered non-life-threatening injuries and the suspect fled the scene.

Last night, around 10:30 p.m., residents who live in the area of the Pike and S. Glebe Road reported a helicopter continuously circling the neighborhood.

On Thursday morning, police confirmed to ARLnow.com that the helicopter was in the air for reasons “related to the shooting.”

Update at 2:15 p.m. — A 24-year-old Arlington resident has been arrested and charged in the shooting, ACPD announced Thursday afternoon. The man was arrested near the Pentagon City Metro station after he brandished a gun at a woman on Columbia Pike last night, police say.

At approximately 7:04 a.m. on August 23, Arlington County Police officers were dispatched to the 1000 block of S. Frederick Street for the report of a shooting. Arriving officers located one male victim suffering from a gunshot wound. The 26-year-old victim was transported by Fairfax County Medics to George Washington University Hospital with serious but non-life threatening injuries. The investigation determined that the shooting occurred following an altercation between known acquaintances. The suspect fled the area prior to police arrival. A perimeter was established and a canvas of the area returned with negative results.

At approximately 9:37 p.m. on August 23, police were dispatched to the 3700 block of Columbia Pike for the report of a brandishing. Upon arrival, it was determined a male suspect brandished a firearm during a dispute with a known female victim. The suspect fled the area on foot prior to police arrival. During the course of the investigation, it was determined that the suspect in the brandishing was the suspect in the earlier shooting in the 1000 block of S. Frederick Street.

A perimeter was established and the Fairfax County Police Helicopter Unit responded to aid in the search. Officers from the Arlington County Police TAC Unit located the suspect in the area of S. Hayes Street and 12th Street S. and took him into custody without incident as he attempted to board a bus.