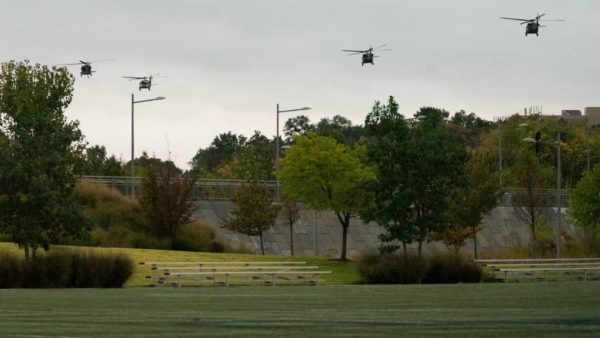 Nate Remnants Pushing Out — It has been a rainy and windy morning thanks to the remnants of what was once Hurricane Nate. The heaviest of the rain is over but it is expected to remain windy and humid during the day today, with a gale warning in effect until 6 p.m. for those on the water. [Twitter, Weather Channel]

Voter Registration Up This Cycle — Arlington County has processed twice the number of voter registration transactions between Labor Day and Oct. 6 this year as it did during the same period four years ago, according to elections chief Linda Lindberg. That suggests greater interest in this year’s statewide races for governor, lieutenant governor and attorney general, though County Board and School Board races are also on the ballot. [InsideNova]

Arlington Schools Get Grant — Arlington is among the Virginia localities getting a grant for new school security equipment. Thomas Jefferson Middle School and Langston High School Continuation Program are together receiving $44,480 through the state program, put in place in the wake of the 2012 Sandy Hook Elementary mass shooting in Connecticut. A total of $6 million is being divvied out to dozens of school systems, paying for “video monitoring systems, metal detectors, classroom locks, electronic-access controls, visitor-identification systems, direct communications links between schools and law enforcement agencies, and other security upgrades.” [Gov. Terry McAuliffe]