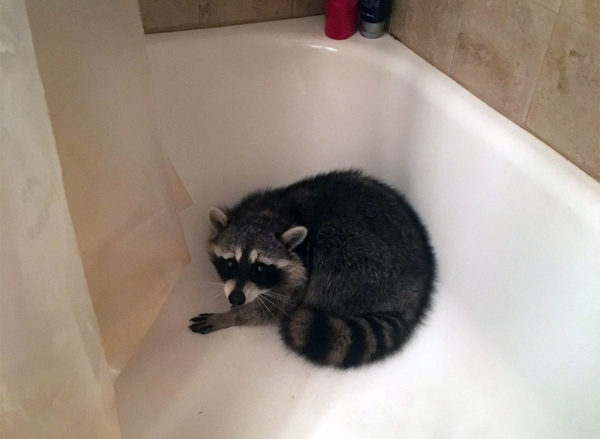 Raccoons in Arlington have been known to catch rides on garbage trucks, get stuck in drains and terrorize Fairlington residents.

Now, a trash panda has gone where few have gone before: into someone’s bathtub.

A resident was surprised to find the frightened raccoon in her tub a few days ago. She called the Animal Welfare League of Arlington and an animal control officer was able to free the critter from the home.

This isn’t what most people expect to find in their bathtub in the morning! A few days ago, a local resident woke up and found this scared little guy in her tub (the home was undergoing attic repairs, so that’s likely how he got in). Luckily, she knew just what to do and called Animal Control, who safely removed the raccoon from the home and released him outside where he happily scampered off!