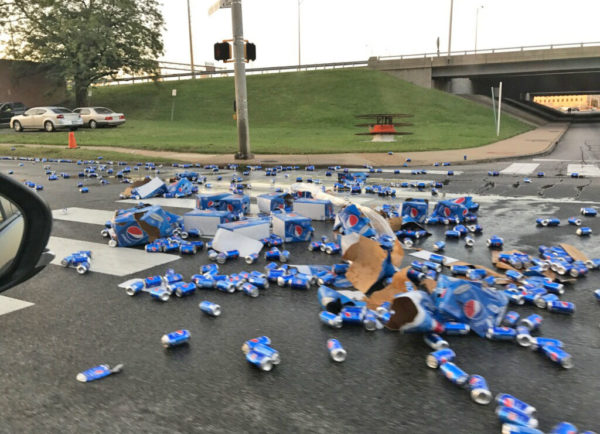 (Updated at 10:35 a.m.) Hundreds of Pepsi cans spilled onto the road at the intersection of Army Navy Drive and S. Fern Street last night.

It’s unclear what exactly happened, but an Arlington resident who drove by the spill theorized, based on the large volume of soda on the ground, that it must have fallen off of a Pepsi delivery truck.

The resident, Christopher C., says that the truck was “nowhere to be found” when he drove by the mess around 6 p.m. Sunday, nor were any emergency responders. Police, we’re told, responded moments later.

END_OF_DOCUMENT_TOKEN_TO_BE_REPLACED

More Stories
Morning NotesLetter: Am I a Burden on Arlington?