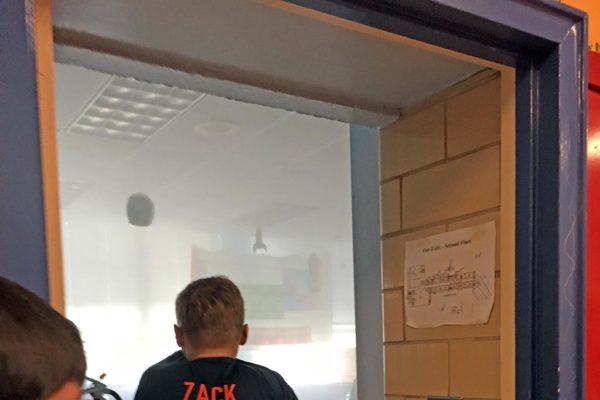 The Arlington County Fire Department responded to the school at 4100 Vacation Lane just after 12 p.m. An Arlington Public Schools spokesman said some paper caught on fire during an experiment in the lab.

The fire was quickly put out by the teacher before firefighters arrived, with students evacuated as a precaution. A fire department spokesman said firefighters monitored the air and checked for hazards, but no issues were found. The smoke cleared naturally, the spokesman said.

There were no injuries and there was only minor damage to the equipment being used. Students returned to classes soon after.