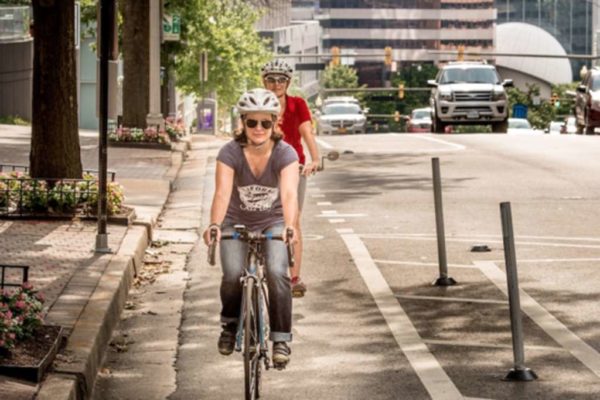 The survey, conducted by the county’s local transportation research group Mobility Lab and county bicycle education program BikeArlington, found that 89 percent of respondents said they would like to bike more often, and 62 percent said that more separated bikes lanes would help them do that.

More than 1,200 people took the survey at a series of events in August and September, including the Arlington County Fair and Nauck Civic and Community Pride Day. Of those people, 94 percent reported being Arlington residents.

“[The survey] offers yet more evidence that bicycling is becoming a legitimate option for people to get to work in the Arlington and greater Washington, D.C. region,” a Mobility Lab spokesman said. “Mobility Lab recommends that more spending be made available for safer infrastructure – infrastructure that is far easier, faster, and less expensive to get up and running than that for cars and even transit.”

The survey was part of the county’s outreach process for updating the Bike Element of its 2008 Master Transportation Plan.

Staff from the county’s Department of Environmental Services have said previously that the time is right for a revamp given the new “technologies, facilities and best practices” around bicycling.