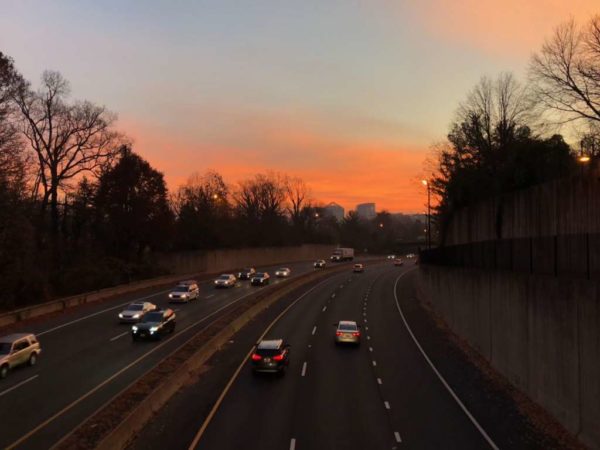 ACFD Responds to Overturned Truck — Rescue crews responded to the intersection of George Mason Drive and 27th Street N., in the Yorktown neighborhood, just before 6:30 last night for a crash involving an overturned vehicle. At least two vehicles, including a minivan, and a pickup truck that overturned, were involved. [Twitter]

Apartment Fire in Ashton Heights — Firefighters quickly extinguished a small fire in the storage room of an apartment building in Ashton Heights yesterday afternoon. The fire happened on the 500 block of N. Piedmont Street and was “kept small by sprinklers.” [Twitter]

I-66 Tolls Not as Bad as You Might Think — According to VDOT, tolls on the first day of HOT lanes on I-66 were, on average, not too bad: “The average round-trip toll price was $14.50, with the average morning toll paid of $10.70 and average afternoon toll paid of $3.80. This average toll rate is lower than the estimated average toll rate of $17.00 round-trip discussed in 2015.” Also, Friday morning’s tolls were lower than those of previous days. [VDOT, Washington Post]

Kaspersky Closes Arlington Office — Russian cybersecurity firm Kaspersky Labs has closed its government sales office in Arlington as a result of the government banning use of Kaspersky antivirus software on federal computers. The company “came under tough US scrutiny after US officials became concerned about the company’s links to the Russian government.” [Buzzfeed]