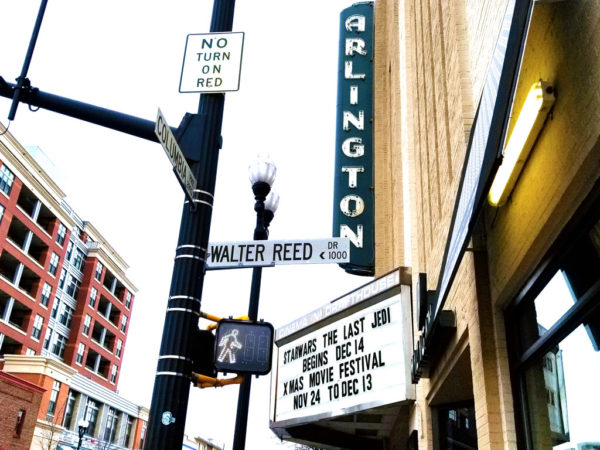 37 years ago the Arlington Cinema & Drafthouse opened as a second-run movie theater (1 to 3 months old) and has never played first-run movies (released in the first week). Until now! Next week — we are proud to present Star Wars: The Last Jedi. At the same release date as other theaters. Although it almost didn’t happen.

A year ago this month, we made the decision to become a first-run movie theater, because online streaming of films has cut out the second-run theater window. Our style of showing films vanished from the industry. The switch to first-run was made this summer (May 2017), and the timing was bad. This was the worst summer for the entire movie industry in 25 years. We could have done without that.

While suffering through a tragic summer movie season we experimented with arthouse films and top box office films. The top box office films performed better. The goal was to also try some first-run films in their first week of release — unfortunately, the studios wouldn’t give us early access to films. It was a difficult uphill battle. Many studios insisted that we pick between movies or live comedy. Fox Studios and Warner Brothers were the most difficult.

For the Arlington Cinema & Drafthouse to thrive, we need both movies and live comedy. We are the only theater in the country to balance top national release films and top national touring comics. Our unique balance puts us at odds with the large corporate movie studios, even though we depend on them. 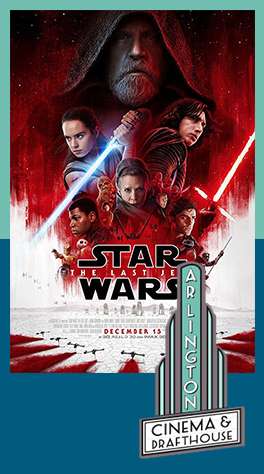 Disney came to our rescue. After politely declining our request to play Star Wars a couple of times, Disney ultimately agreed. They too wanted to see how we could do with a first-release blockbuster. After months of experimentation — the largest and most dominant studio helped us out.

Our experiment with Star Wars will inform many programing decisions as we move forward. So please join us and let us know what you think. This winter our programing will center on national live comedy and Oscar nominated films. If Star Wars does well, we will add stretches of movies to our line up in the summer — that are true first-run films.

Based on current pre-sales for Star Wars, it is going to be a successful experiment for us. We provide an amazing social movie experience and can’t wait to see you here. We will have Star Wars drink specials and, as always, full tableside service. Tickets will be $10 with $8 matinees.

Please help us out by purchasing tickets in advance and plan on watching Star Wars at the Arlington Cinema & Drafthouse this holiday season. We do not show ads or trailers so the movie start time is the actual start time. Please arrive early.