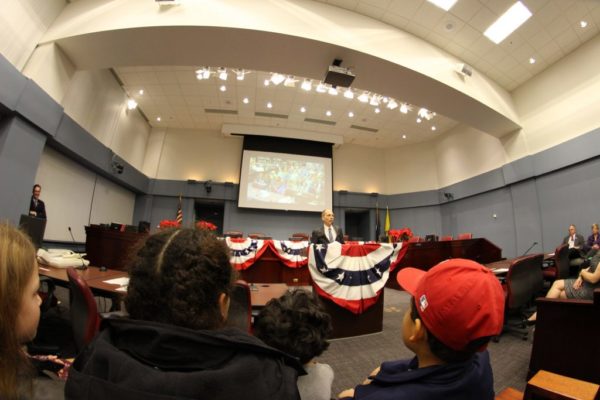 Dog and Owner Help Foil Purse Snatching — Mazel was a very good boy. The miniature bull terrier and his owner chased down a purse thief in Clarendon Tuesday evening, retrieving the purse and all of its contents. The thief remains at large but the purse owner is very grateful to get her belongings back prior to a planned vacation. [NBC Washington]

Arlington Woman Plows Into Falls Church Store — A 41-year-old woman from Arlington drove her car through the sliding doors of a Falls Church Rite Aid store this past weekend, damaging shopping carts and an interior wall. She was arrested and charged with DUI. [Falls Church News-Press]

Planet Money Looks at I-66 Tolling — NPR’s popular Planet Money podcast took a look at the sky-high tolls now in effect during certain times on I-66. There is “a beautiful, econ 101 logic behind a toll that spikes when demand spikes,” the podcast explains. [NPR]

White Christmas Looks Unlikely — The odds are low that the Washington area ends its recent draught of white Christmases next week. However, some snow on Christmas Day appears to be a possibility. [Capital Weather Gang, Twitter]