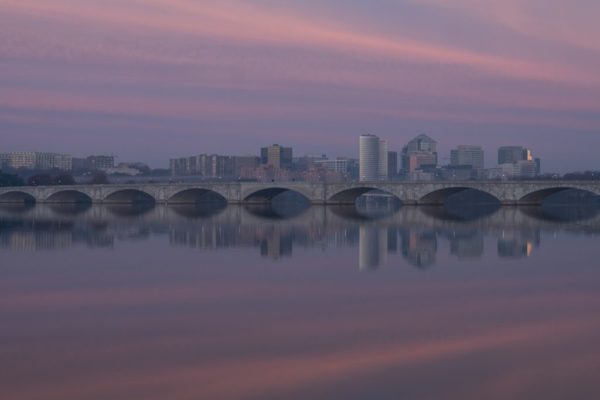 Frigid Weather Makes Firefighting More Difficult — The persistently cold weather may be responsible for a recent spike in structure fire calls. Meanwhile, the deep freeze is “taking [firefighters’] biggest weapon, water, and using it against them.” [WJLA]

Beyer Blasts Trump Tweet — Rep. Don Beyer (D-Va.) tweeted the following this morning in response to a tweet from President Trump: “Trump opens 2018 with calls for prosecution of his political enemies… Every Member of Congress swore an oath to defend the Constitution. Protecting rule of law must not be partisan.” [Twitter]

Grassley Tweets About Local TV — Sen. Chuck Grassley (R-Iowa) is not a fan of the History Channel’s dearth of shows about history. He tweeted the following over the weekend after apparently watching public television channel WHUT: “Just watched history on An American Experience abt Thomas Edison the inventor Thx Comcast on Arlington Va Channel 19 DO U GET MESSAGE HISTORY CHANNEL???” [Twitter]

Pacers Owner Keeps Marathon Streak Alive — Yorktown High School alum, Pace the Nation host and Pacers Running owner Chris Farley has kept his two-decade streak of running a sub-three-hour marathon every year alive. He did so by completing a hastily-organized but official 26.2 mile course around Hains Point in 2:52:53 on Friday. [Washington Post]

ACFD Reminding Residents to Close the Door — The Arlington County Fire Department is reminding residents to sleep with their bedroom doors closed and to close doors behind them in the event of a fire, to help prevent flames from spreading. [Twitter]

Last Call: Advertiser Thank Yous — The website you’re currently reading is 100% advertiser supported. If you think ARLnow is an important resource for the Arlington community, we would greatly appreciate if you could help us thank our advertisers by sending one of them a postcard through this online form.