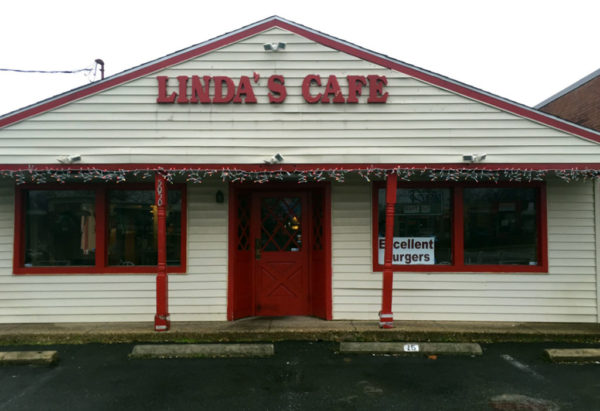 Linda’s Cafe is an unassuming, long-time diner at 5050 Lee Highway in Arlington, serving a clientele that includes families and senior citizens.

The restaurant is not active on Facebook and doesn’t have a website that we could find. On Yelp, diners are mostly satisfied with the service and the food — “the service is good and the staff is nice,” is a typical comment. A sign in the window touts “excellent burgers.”

But on Twitter — at least over the past year or so — Linda’s Cafe has a much different personality: quarrelling with customers, warning of speed traps along Lee Highway and saying “f*** the pilgrims” on Thanksgiving.

One long-time customer who contacted ARLnow said the Twitter account is not befitting the character of the restaurant nor the values of its customers.

“Their servers, chefs and other employees have been spouting profanities, talking about… controversial subjects on their restaurant’s official Twitter account,” said the customer, who did not want to be named.

Reached by phone, an assistant manager who said his name was Luciano seemed confused when asked about the Twitter account, saying he was aware of its existence but not the content. He declined further comment. The restaurant’s owner was traveling and not available for comment, we were told. 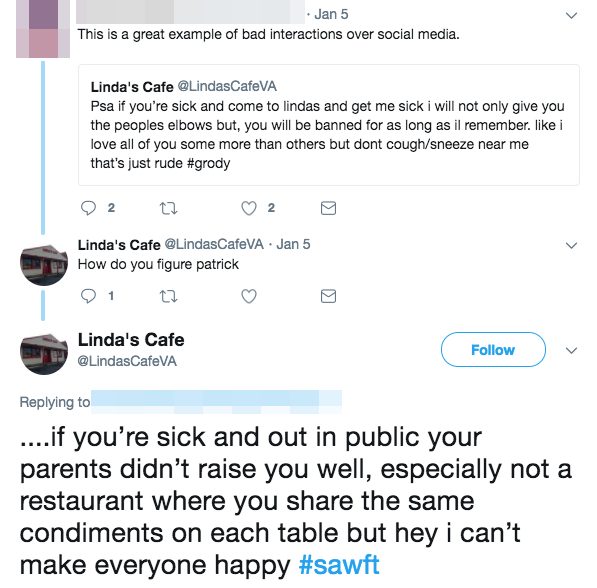